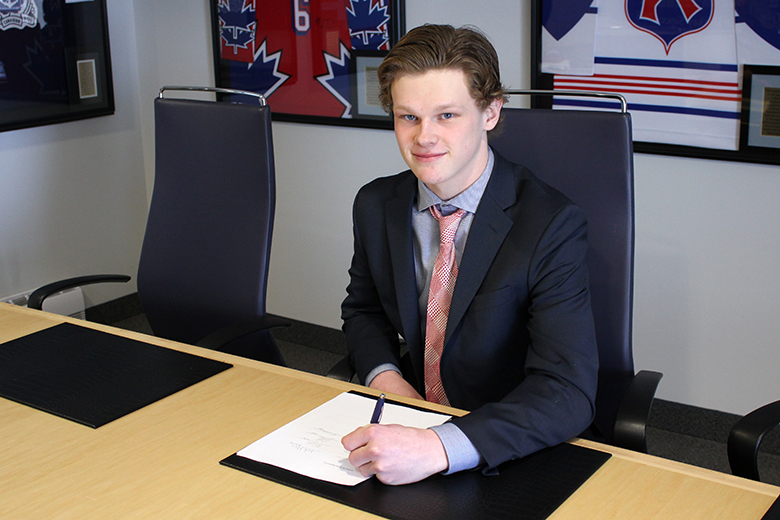 The Kitchener Rangers announced today that forward Reid Valade has committed to an Ontario Hockey League standard player agreement with the Club.

The 16-year-old, Caledon, ON native was the 1st round, 17th overall pick by the Rangers in the 2018 OHL Priority Selection. He was a member of the GTHL’s Toronto Marlboros during the 2017-18 season where he tallied 31 goals and 69 points in 55 regular season games played.

He also notched three goals and nine points in six games at the OHL Cup last month where his Marlboros fell just short of the championship game, being edged in overtime, 3-2, to the eventual champion Toronto Jr. Canadiens in the semi-final.

“We were extremely excited to get the chance to select Reid in the first round and are equally as excited to officially sign him and welcome him to our team,” said Kitchener Rangers general manager Mike McKenzie.