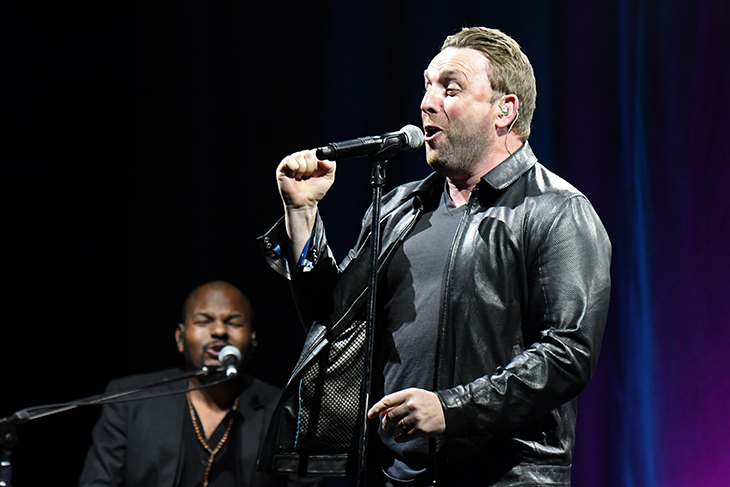 On Wednesday night, the Kitchener Rangers, alongside alumnus David Clarkson, hosted DREAM; a legendary event to celebrate the accomplishments of Clarky’s Kids, headlined by a performance by JUNO Award winning singer-songwriter Johnny Reid. The event raised more than $50,000.00 though event tickets sold, as well as nearly $10,000.00 via a silent auction; both of which will go to support Clarky’s Kids.

Clarky’s Kids was founded, in part, by Clarkson in 2008, and provides support to children and families dealing with childhood cancer in the Kitchener-Waterloo community, to the Pediatric Oncology Group of Ontario, and to Grand River Hospital.

Funds raised from DREAM will go directly to Grand River Hospital to renovate and create a sensory treatment and waiting room for children and their families. The existing room provides in-patient and emergency pediatric oncology patients a private space outside of the general emergency waiting area at the hospital. The renovations will feature state-of-the-art technology that will allow each child to further enjoy the space, and in turn, help them to stay calm prior to receiving difficult medical procedures such as spinal taps.

“During my playing days in Kitchener, I lost my Grandmother,” Clarkson recalled. “Just before she passed, she said, ‘If you can ever help others and do things for people, you should do that.’ It was the last conversation we ever had.

“When I made it to the NHL, I phoned Michelle [Fortin, Manager of Brand Marketing for the Kitchener Rangers] with the intent of starting something to give back to the community. I wanted it to be affiliated through the Rangers because there’s just no better organization. This city, and this program, are very dear to my heart.

“When you play here, the community makes you feel like one of their own,” Clarkson added. “That always meant a lot to me, so I wanted to keep that relationship going.”

The support to Clarky’s Kids from Clarkson, as well as countless other individuals and businesses in the community, has provided not only financial support, but other forms of aid and assistance to those children and families in the program.

As well as suite nights at a Rangers game, Clarky’s Kids has also hosted other special events for families including VIP movie nights, barbecues, holiday gatherings, Santa Claus visits, amusement park days and live shows in an attempt to give families something more positive to focus on during such a challenging period in their lives.

Clarkson also helped incorporate the assistance of Smilezone Foundation to help fund the previously mentioned care space at the POGO Satellite Centre. The current treatment stations feature individual televisions for private viewing, iPads, vibrant murals and a play area while the children undergo their chemotherapy treatments. The upgrades from the money raised through DREAM will aim to change the already-great space to ‘a dream come true.’

POGO Satellite Nurse Coordinator, past POGO Board member, and POGO Nursing Committee member Patti Bambury spoke at the event, and elaborated on what Clarky’s Kids has meant to the children and families who have been a part of it.

“We have a mural in the clinic of David during various phases of his hockey career,” said Bambury. “The mural contains a quote from Walt Disney, ‘All our dreams can come true if we have the courage to pursue them.’ Believe me, you haven’t witnessed brave or courageous until you meet a child fighting cancer. It takes a team to pursue this goal, so let us continue to dream together.”

“Clarky’s Kids is about more than just raising funds and awareness for childhood cancer patients and their families,” said Fortin. “David and other former and current Rangers’ players build friendships with amazing families that have lasted – and will last – for many years. Our Clarky’s Kids dream of supporting kids and families in our community will continue and we will always push to dream big.”

For information on how you can support Clarky’s Kids, please visit kitchenerrangers.com.