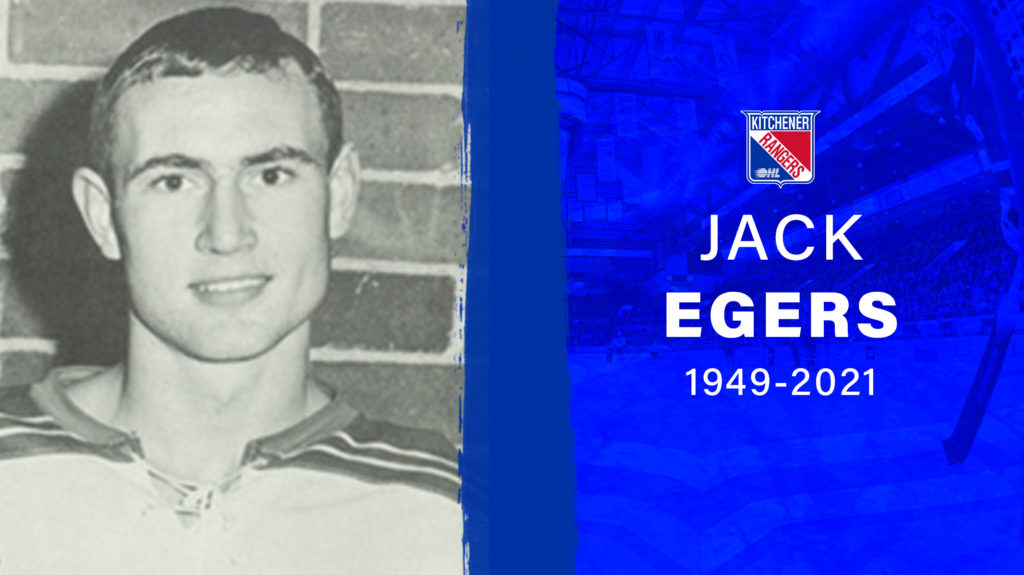 The Kitchener Rangers wish to extend their sincere condolences to the family and loved ones of the late Jack Egers, who passed away on Friday, September 10, 2021.

Jack was originally drafted by the New York Rangers in 1966 but he also went on to play for the St. Louis Blues and Washington Capitals, who claimed him during the 1974 NHL Expansion Draft. Jack scored the first ever game-winning goal for the Capitals on October 17, 1974 against the Chicago Blackhawks. While playing in Kitchener he was named the Rangers’ Most Popular Player in 1968. After his playing career ended he returned to the Waterloo Region where he became a firefighter with the Kitchener Fire Department (KFD), ultimately ascending to the rank of Captain.

In lieu of flowers, please consider a donation to the Canadian Pulmonary Fibrosis Foundation in Jack’s memory.