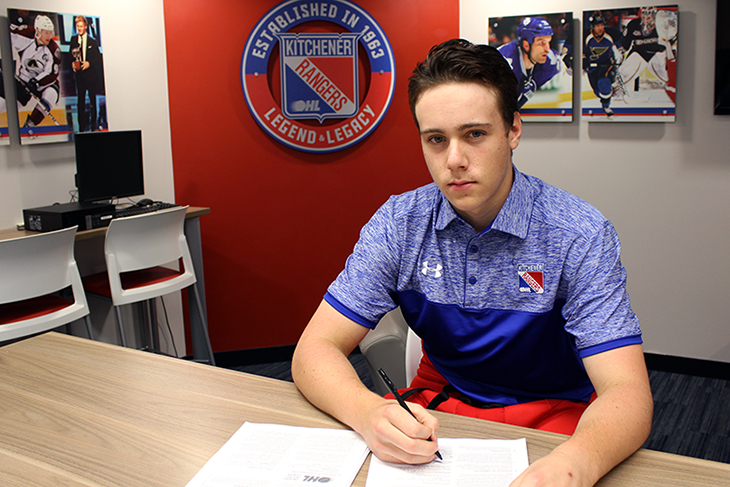 The Kitchener Rangers announced today that defenceman Jack York has committed to an Ontario Hockey League standard player agreement with the Club.

The fifth-round, 98th overall choice in the 2016 OHL Priority Selection was a member of the Kemptville 73’s of the CCHL during the 2016-17 season, registering six goals and 13 points in 49 games.

The 5’11, 180lb rearguard participated in Rangers’ Spring Camp in April and had a steadying presence during the team’s Training Camp this week.

“We would like to welcome Jack and his family to the Rangers organization,” said Kitchener general manager Mike McKenzie.

“Jack had a great season in Kemptville last year and was recognized as one of the top young players in the league by being named to the All-Rookie Team. We look forward to seeing him continue his development here in Kitchener.”