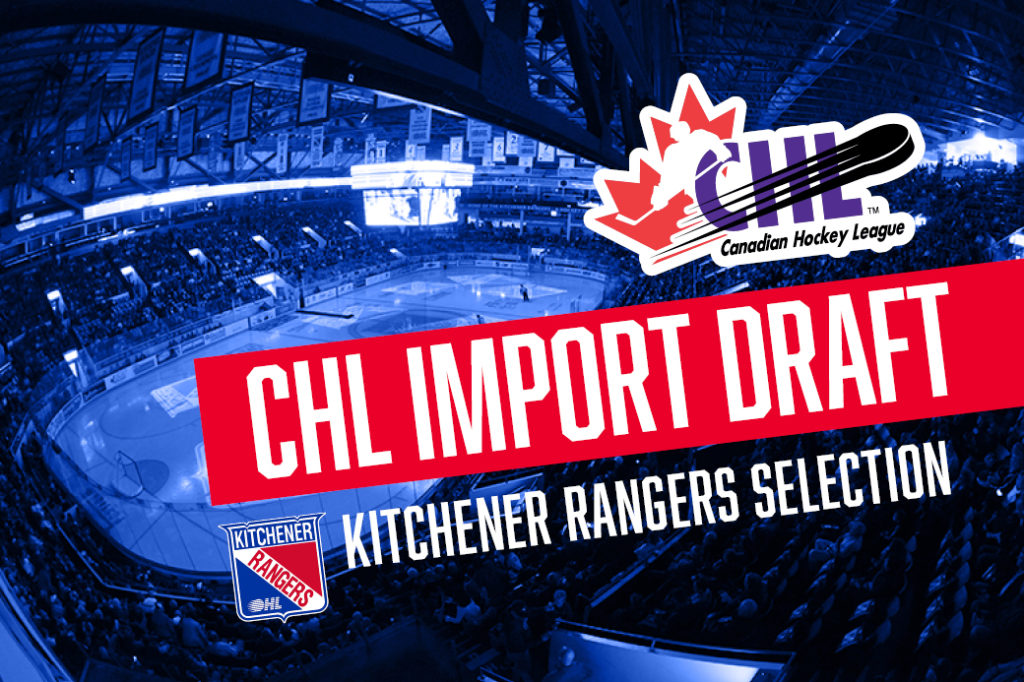 The Kitchener Rangers made two selections in the 2017 CHL Import Draft on Wednesday.

In Round 1 with the 34th overall pick, the Rangers selected Slovakian centre/left winger Adam Liška of Orange HK 20. It was the 29th selection made on the day, following passes by other CHL member teams.

In IIHF World U-18 Championship competition last season he was an alternate captain for Team Slovakia, registering two goals and six points in five tournament games. He also skated for Slovakia in last year’s U-18 Ivan Hlinka Memorial Tournament, scoring once and finishing at a point-per-game pace with four points.

With their second pick slotted 94th overall, the Rangers selected Swedish centre Rickard Hugg of Leksands IF Jr. in Round 2. It was the 60th selection made on the day, following passes by other CHL member teams.

Hugg dressed in 32 regular season games with Leksand’s U-18 squad last season, registering 13 goals and 38 points with a plus/minus rating of +13 before adding four points in five playoff contests.

In 17 games of international competition for Team Sweden, he tallied 10 points in 17 games played. He also captained Team Sweden to a silver medal at the IIHF World U-18 Championship with a performance of four points in seven tournament games. At the U-18 Ivan Hlinka Memorial Tournament he scored twice in five games, while also wearing the “C” for Team Sweden.

The two-round draft took place online with the order of selection rotating through each of the CHL’s three leagues using an inverse order of final regular season standings within each league from the 2016-17 season. The Barrie Colts held the number one pick, followed by the QMJHL’s Moncton Wildcats at number two, and the WHL’s Kootenay ICE who selected third overall. Each team in the CHL is permitted to dress and play a maximum of two import players each season who are selected annually through the CHL Import Draft.

Last season a total of 79 players were selected from 11 different countries led by 24 players from Russia and consisting of 53 forwards and 26 defencemen.