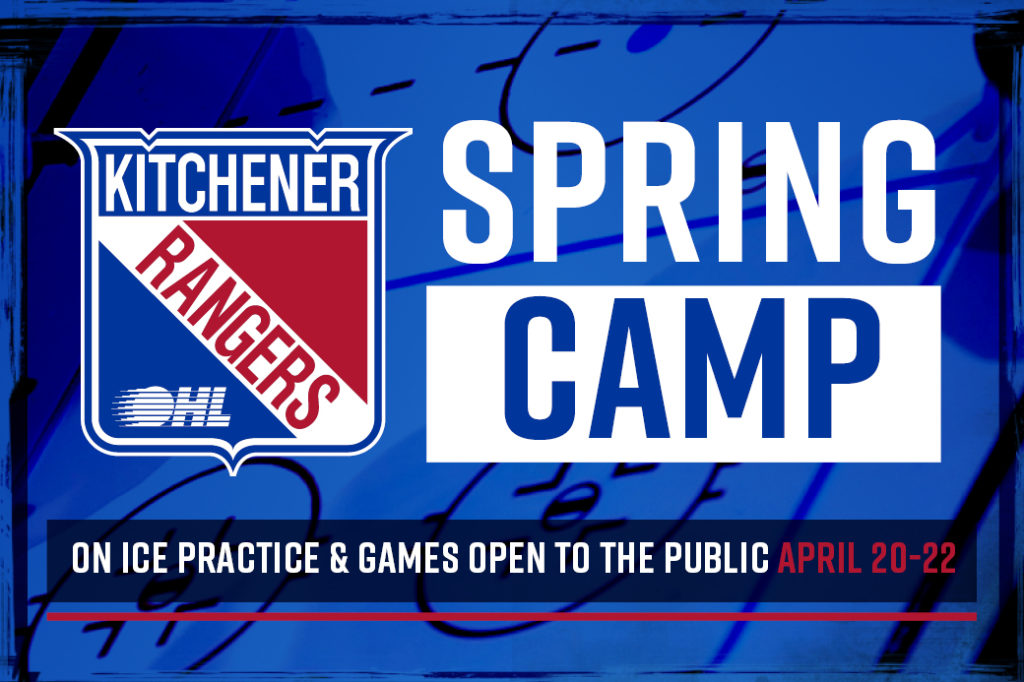 The final day of Kitchener Rangers’ 2018 Spring Camp consisted of a pair of games; the first between Team Gibson (White) and Team Landeskog (Blue) with Gibson earning a 4-0 shutout win.

In the final scrimmage of the weekend, it was Team Gibson who held off Team Skinner for a 3-2 win.

Isaac Langdon registered a goal and two assists and Kyle Van Compernolle potted a goal and an assist in the win. Curtis Shukster picked up the other Team Gibson goal. Kristopher Black and Joseph Serpa each finished the morning with an assist.

For Team Skinner, Reid Valade scored and added an assist, while Mike Butterfield scored the other goal. TJ Hughes and Carter Tresoor picked up the assists.