Kohn, Cascagnette, Davies among players committed to U SPORTS programs for 2018-19 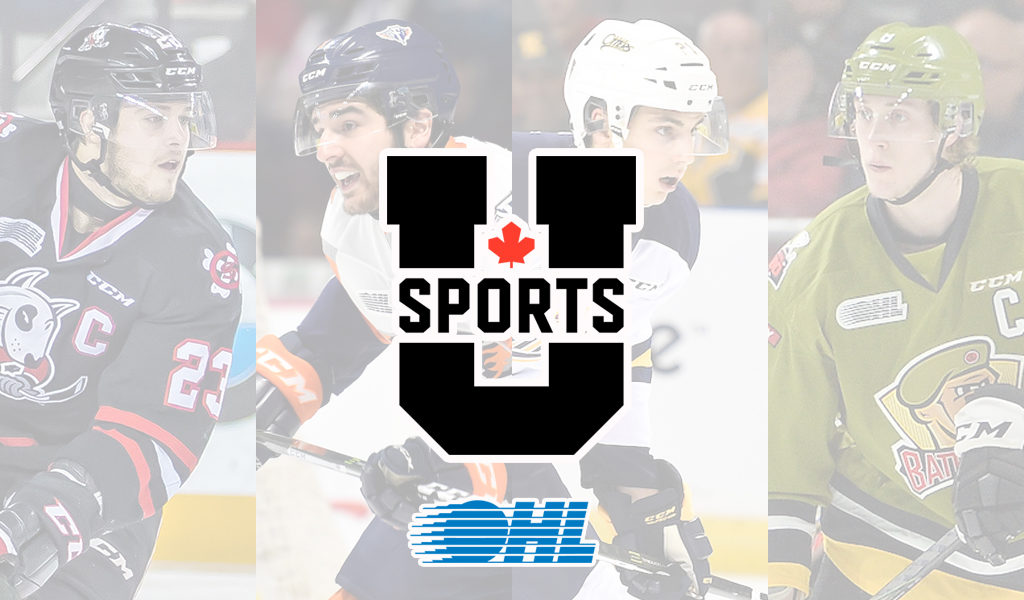 The 2018-19 season is fast approaching with OHL training camps and exhibition play less than a month away.  The season is also on the horizon for U SPORTS programs where several of the league’s recent graduates are finding new hockey and academic homes.

Utilizing their OHL scholarship packages, 23 players who finished the 2017-18 season in the league are expected to join U SPORTS programs across the country this fall while an additional 18 who competed in past OHL seasons will do so as well.

A total of 209 OHL alumni started the 2017-18 season on various U SPORTS men’s hockey rosters including 157 listed within the Ontario University Sport conference which represents over 25% of all players across the 20 competing teams.

Five of those former OHL players helped the McGill Redmen capture the 2018 Queen’s Cup, while another four grads captured an AUS title with the UNB Varsity Reds.  UNB players joined StFX and the University of Alberta on the podium at the University Cup where a total of 17 OHL alumni earned medals.

The 209 OHL alumni on U SPORTS rosters last season were among the 910 graduates from across the Canadian Hockey League that utilized their scholarship at post-secondary institutions across North America, for a total cost to teams of over $8 million.

Please note that both lists above are as of August 1, 2018, and additional commitments may be added prior to the 2018-19 season.