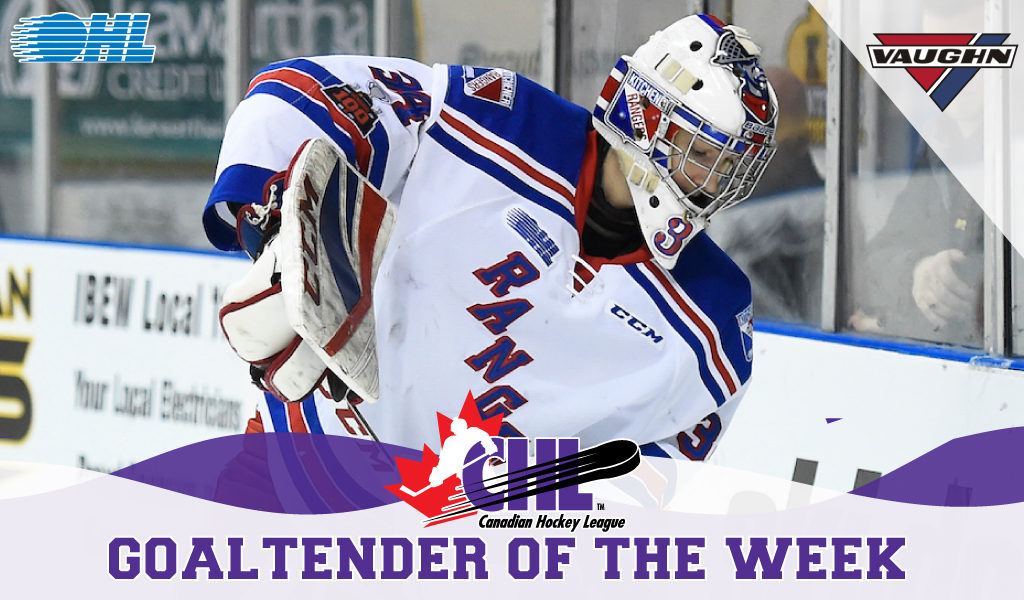 Toronto, ON – The Canadian Hockey League today announced that Luke Richardson of the Kitchener Rangers is the Vaughn CHL Goaltender of the Week for the regular season week ending September 30 after posting a 2-0-0-0 record with a goals-against-average of 1.00 and save percentage of .970.

Richardson turned aside 64 shots last week in a pair of victories to keep the Rangers undefeated at 3-0-0-0 to start the 2018-19 season.  He earned back-to-back first star honours including Friday night following a 31-save performance and 5-1 victory over the Ottawa 67’s, then Saturday in Windsor after making 33 saves in a 4-1 triumph over the Spitfires.

A 19-year-old from Barrie, Ont., Richardson has now played parts of four seasons with the Rangers who chose him in the fourth round of the 2015 OHL Priority Selection.  He currently carries a league-best goals-against-average of 1.33 and save percentage of .956 after finishing last season with marks of 3.22 and .898 across 39 appearances.