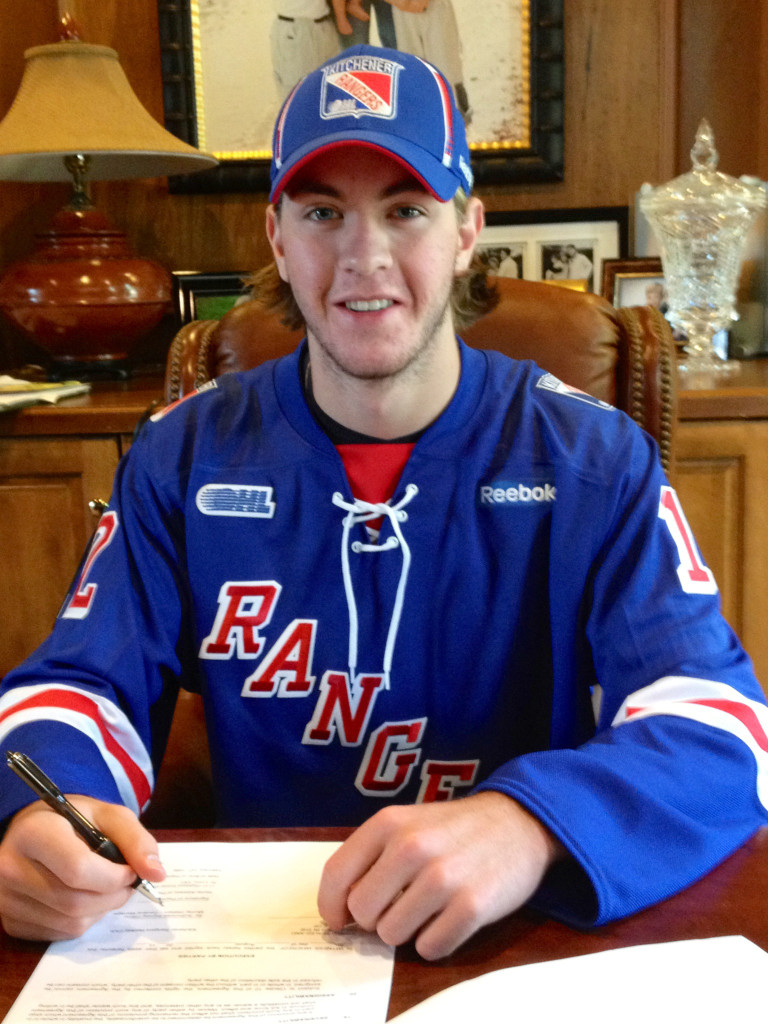 Kitchener Rangers General Manager Murray Hiebert announced Wednesday that forward Ryan MacInnis has committed to the team and has signed an Ontario Hockey League agreement. MacInnis was the Rangers’ third round pick in the 2012 OHL Priority Selection.

MacInnis played 52 games with the US National Team Development Under-17 program in 2012-13, recording  15 goals and 10 assists and helping his squad win the 2012 Under-17 Four Nations Tournament. He also appeared in eight games for the USNTDP U-18 team and won a bronze medal with Team USA at the 2013 U-17 World Hockey Championship.

Rangers scouts labelled MacInnis as one of the top forwards available in the 2012 draft, with his strong skating and puck handling skills. With an elite-level shot and good hockey sense, MacInnis is an offensively gifted player who will be eligible for the 2014 NHL Entry Draft.

“I am really looking forward to the opportunity to play in Kitchener.  Joining the Rangers allows me to take the next step in both my on-ice development and my education,” said MacInnis on Wednesday.

“At this time, I feel this is the best option for me both as a player and as an individual, and I am excited for the season ahead.”