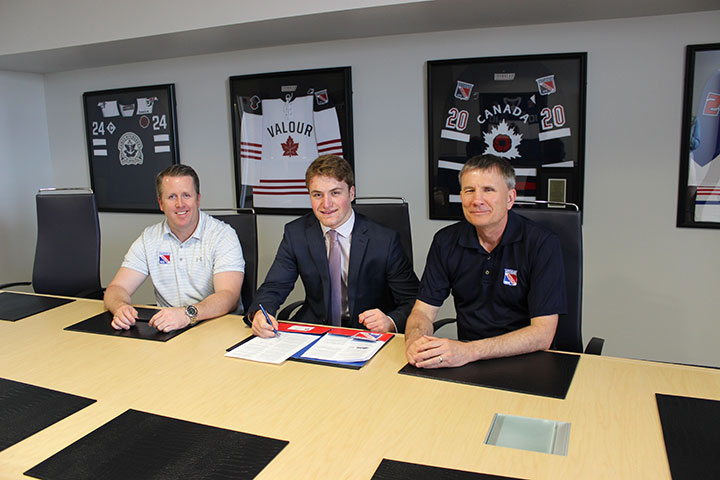 Kitchener Rangers General Manager Murray Hiebert announced today that forward Adam Mascherin has committed to the team and has signed an Ontario Hockey League standard player agreement. Mascherin was the Rangers’ first round pick (#2 overall) in the 2014 OHL Priority Selection.

He is described by Rangers scouts as possessing an elite shot and above-average hockey sense. Adam uses his powerful frame to gain open ice and generate offence. The 2013-14 Greater Toronto Hockey League Player of the Year, Mascherin scored 67 goals and 62 assists in 61 games with the Vaughan Kings Minor Midget team. The Maple, ON native added 16 points in 11 postseason games with the Kings and also appeared in 15 games with the Georgetown Raiders (OJHL) last season.

“Adam was a prolific goal scorer at the minor midget level last season, and we are confident that he is ready to play in our league,” said Hiebert. “The Rangers are very excited to have Adam commit to our team, and we are looking forward to adding him to our roster this season.”