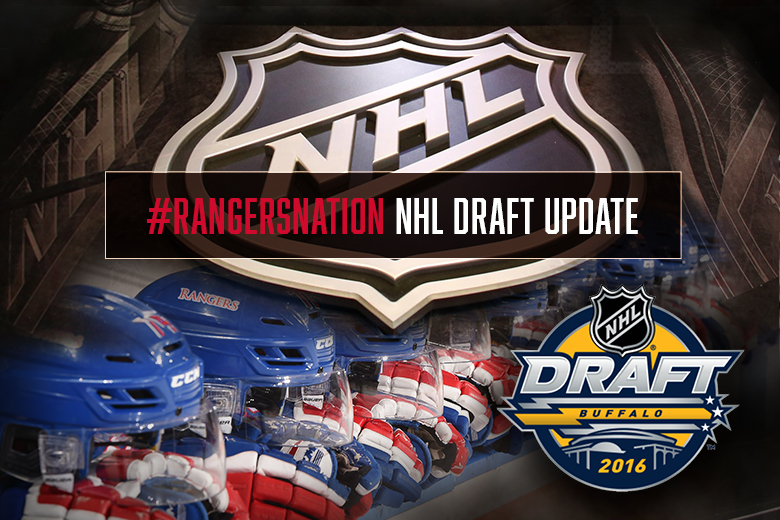 It was a highly successful 2016 NHL Draft for Adam Mascherin, Connor Hall, Connor Bunnaman, their friends and families, and the entire Kitchener Rangers organization.

To add some intrigue to the excitement, Mascherin and Hall were each drafted by their prospective teams following a trade.

Mascherin was the first member of the Rangers taken in the NHL Draft, as the winger was selected by the Florida Panthers in the 2nd round, 38th overall.

The pick originally belonged to the Buffalo Sabres, but a trade earlier in the day saw the Sabres acquire defenceman Dmitry Kulikov and the 33rd overall pick (C Rasmus Asplund) from the Panthers.

Another trade, this time in the third round, directly impacted the Blueshirts as the New Jersey Devils opted to trade their 77th overall selection to the Pittsburgh Penguins in exchange for right winger Beau Bennett. With that 77th overall pick, the Penguins selected Hall.

While Hall and Bunnaman are teammates and friends here in Kitchener, their NHL futures may make them heated rivals as they are now on each side of the ‘Battle of Pennsylvania’ between Pittsburgh and Philadelphia.

Bunnaman rounded out the Rangers selections on the day, hearing his name called in the fourth round, 109th overall by the Flyers.