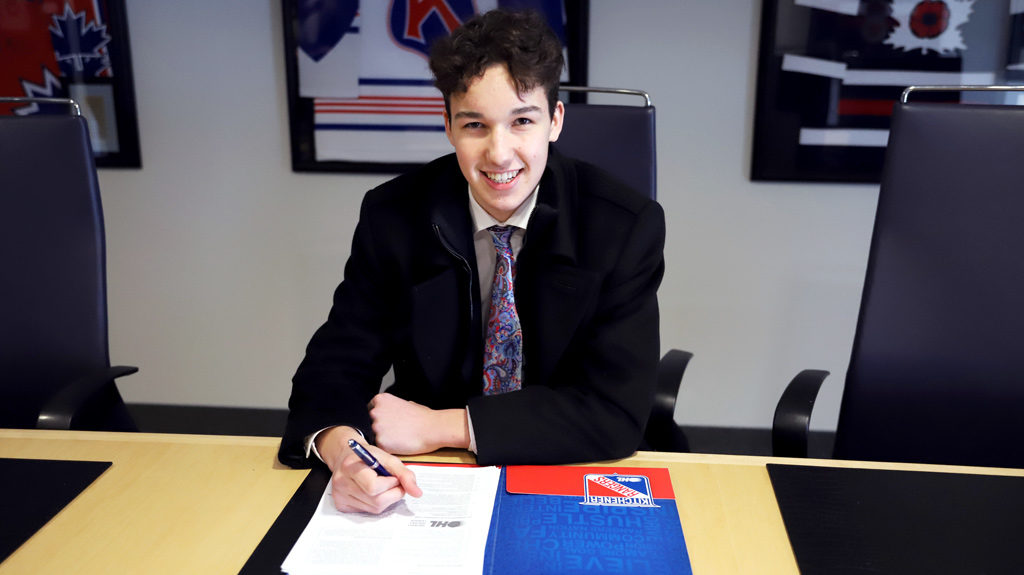 The Kitchener Rangers have announced that forward Matthew Sop has committed to an Ontario Hockey League standard player agreement with the club.

The 16-year-old was a seventh-round pick (135th overall) by the Rangers in the 2019 OHL Priority Selection. The Kitchener native has played in each of the 42 games for the Mississauga Chargers of the Ontario Junior Hockey League (OJHL) this season. He currently leads the team in goals (20) and sits second in assists (22) and points (42).

“We are excited to welcome Matt to the Rangers organization. It is especially exciting when you sign a local player like Matt who grew up watching Rangers games,” said Rangers General Manager and Interim Head Coach Mike McKenzie.

“He has had a great year in the OJHL and we look forward to seeing him continue his development in Kitchener playing for his hometown team.”

Sop himself called the opportunity to sign with his hometown team “an absolute honour”.

“Growing-up and watching Rangers games at The Aud in that atmosphere, it’s been a dream of mine to be a part of this organization’s future for my entire life,” he said, adding, “Now to get the chance, it’s pretty surreal. I’m very grateful.”

The 5’11” and 150-pound forward, who attended Rangers training camp before the start of the season, commented on how his speed, confidence with the puck, and hockey sense have all improved during his time with the Chargers.

“I’m a hard-working playmaker who likes to put the puck in the back of the net.”