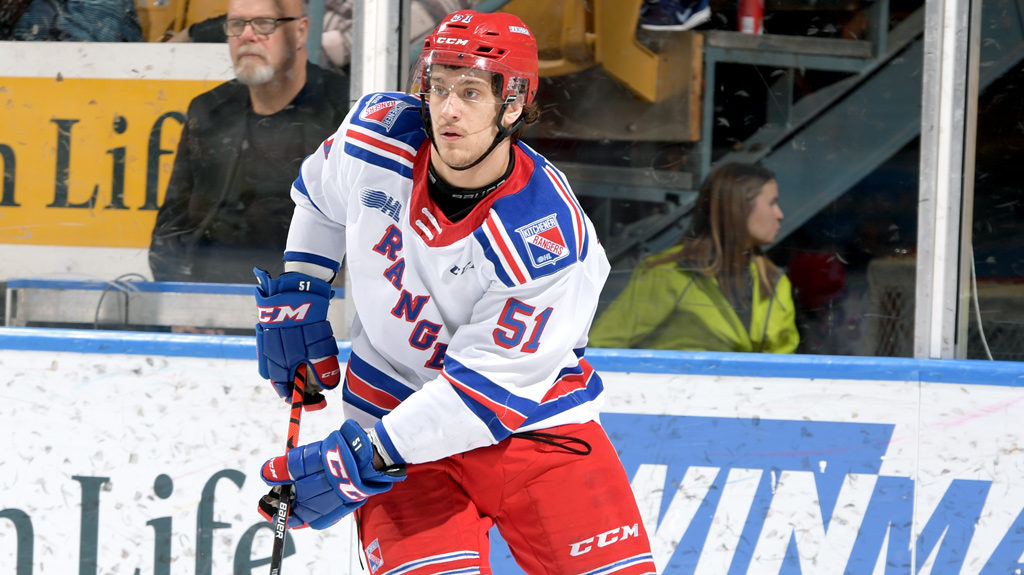 Rangers defenceman Michael Vukojevic has been named to the 2019/20 OHL Scholastic Team.

It is the second consecutive season in which Vukojevic has represented the Rangers for his academic achievements.

As a third-year player with the Rangers, Vukojevic displayed a strong ability of balancing his on-ice performance with school work in a very positive manner.

This year’s award was based on final grades from 2018/19 (Vukojevic’s grade 12 year at Grand River Collegiate) and his first term of 2019/20 at Wilfrid Laurier University – where his studies are focused on psychology and sociology.

Despite also missing some time at the start of his first term at WLU to attend NHL training camp with the New Jersey Devils this past September, he was still able to successfully meet his academic obligations.

“It is great to see our players combining hockey with education and finding ways to be successful on the ice and also in the classroom. Michael is a great example of this,” said Rangers general manager Mike McKenzie.

“He had a great year on the ice but was able to combine it with his education and we are happy to see him named to the OHL scholastic team.”