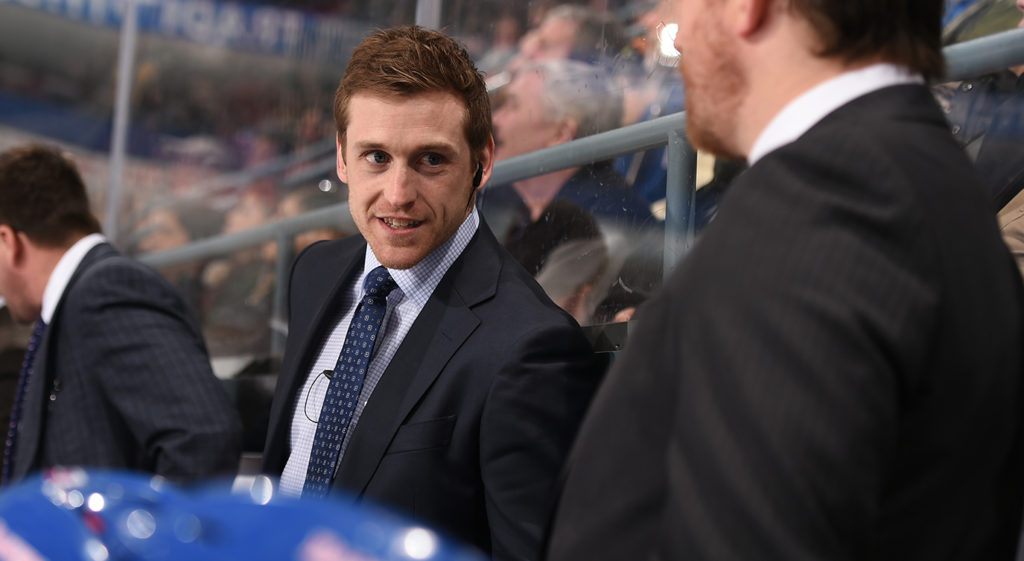 The Kitchener Rangers announced today that Mike McKenzie has been named General Manager of the Club, while Murray Hiebert will now assume the role of Director of Hockey Operations; effective immediately.

The role of assistant general manager previously held by McKenzie will remain vacant.

McKenzie was hired as an assistant coach of the Rangers in 2012 under then head coach, Steve Spott. He spent three seasons in that role before being promoted to assistant coach/assistant general manager ahead of the 2015-16 season.

Further to those duties, McKenzie will oversee areas of player management, trades, and hockey operations staffing, as well as address any media obligations that arise.

As Director of Hockey Operations, Hiebert will continue to play a major part in Rangers’ scouting at both the OHL and OHL Priority Selection levels. He will also focus on the implementation and execution of player education plans, as well as serve as a liaison between the team and the Ontario Hockey League.

In a press conference held by the Rangers on Friday, Rangers’ Chief Operating Officer Steve Bienkowski announced the changes to the front office in detail.

“In the fall of 2016 Murray informed me that it was his intention to retire following this season, as he thought it was time to take a step back from the workload required as a general manager in our league. Over the next number of months, various discussions led to him agreeing to postpone his retirement for another season, and in the meantime adopting this new role,” said Bienkowski.

“I want to specifically recognize the contributions Murray has made since becoming our general manager.  It is easy to forget when we tend to focus on our current team that he inherited an organization that had graduated a significant number of players, and had an empty cupboard when it came to draft picks with only a single 3rd round selection in the 2nd and 3rd rounds of the next four drafts beginning in 2014. To fix that it takes focus, commitment and time, but it’s a necessary part of building success.

“Under Murray’s tutelage that single 3rd round pick became five 2nd round and six 3rd round selections. These acquired selections have provided players such as Connor Bunnaman, Connor Hall, Elijah Roberts, Joseph Garreffa, Riley Damiani and Eric Guest to form a significant portion of our core team moving forward. The 2017 OHL Priority Selection will also provide an additional two selections to what the Rangers originally held to further add quality players.  Equally important is that Murray has been able to stockpile several additional 2nd and 3rd round picks in addition to our own selections in future years that gives the Rangers adequate tools to be among the most competitive of teams in the league in the coming seasons.

“When Mike McKenzie was first brought into the fold here in Kitchener it quickly became apparent, based on his work ethic and knowledge of the game, that this was someone who would continue to climb the ranks of a hockey operations staff in the OHL. His move from the coaching ranks to the Management team as assistant general manager was another step in this progression.

“Over the last few months, Mike continued to demonstrate he is capable and deserving of even more responsibility as he oversaw the preparation for the OHL Priority Selection and dealings at the trade deadline.

“It was during this time, with input and encouragement from Murray, the process began and wheels were set in motion to have Mike take over as general manager.”

“I would like to congratulate Mike on his increased role with the Kitchener Rangers. I believe that our current core foundation of young players, a replenished draft cupboard and multiple extra picks in the future provide us the ability to again compete for a league title.”

The Rangers are in action tonight as they take on the Owen Sound Attack in Game 5 of their best-of-seven opening round playoff series at the Harry Lumley Bayshore Community Centre at 7:30pm.