Mike Petizian has Sketched Out a Plan for an Increased Role 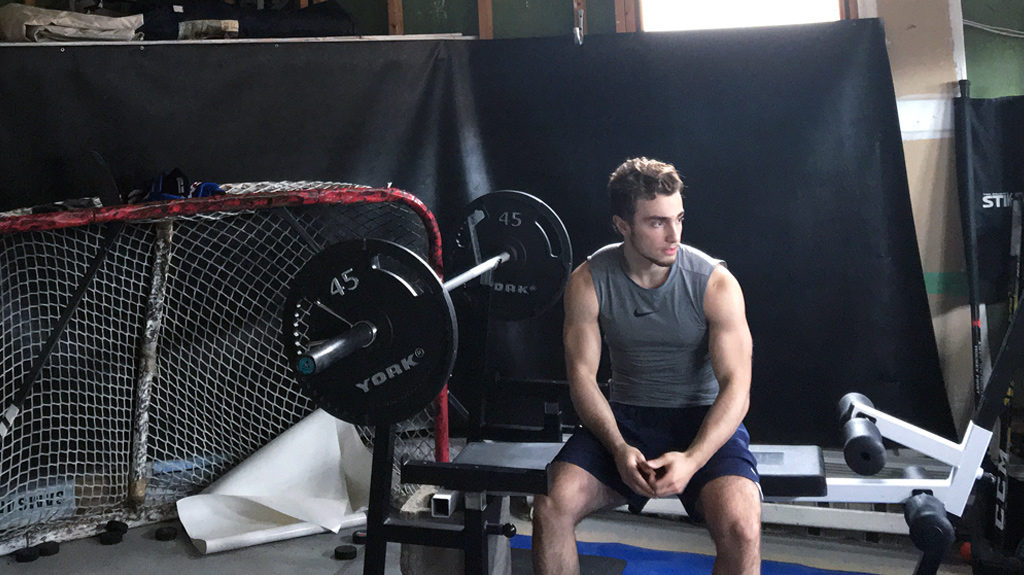 Mike Petizian wants to create his own hockey masterpiece.

Don’t let a recent interest in drawing landscapes confuse you though. He’s laser-focused on the finer details of producing his best on-ice results.

“I started sketching because I was pretty bored,” Petizian said while staying at his Mississauga, ON home. “I’m not really an artsy guy to begin with, but I figured why not pick up a couple pads of paper and see what I can do?”

So, between two-a-day workouts lifting weights, Petizian found himself spending his downtime pushing pencils. The results were decent.

“I’m the first to admit that my brother is more creative since I’m typically more focused on achieving specific goals,” said the left winger who’s entering his fourth OHL season.

“I expect a lot of myself. I really dislike not reaching the goals I’ve set up for myself. It really riles me up,” Petizian said.

That’s why it shouldn’t be surprising to hear that, to help with the process, he recently invested in some new equipment to convert part of the family’s garage into a gym – complete with a weight rack and shooting gallery.

This just adds another layer to the workout and caloric data he tracks regularly in a journal, which is something he has done for years.

“I started working out seriously in the seventh and eighth grades, so I’ve pretty much memorized what I need to do.”

It certainly paid off last year, as he cracked the 20-goal mark for the first time in his OHL career while playing in all 63 games of the shortened season.

“I feel like I had a great season with stepping-up offensively and having a breakout year,” he commented on his 26-point improvement.

“I need to take it to the next level again though – like where Greg (Meireles) and Riley (Damiani) were, statistically. That really fuels me.”

“Mike is a player that works extremely hard at his craft and it would not surprise me to see him take another big step this year,” McKenzie said.

“With some of the players we had graduate, he will need to step up and play more of a leadership role.”

No problem there for Petizian.

“I want to be a leader for the younger guys, aside from taking the next step with my production,” the 19 year-old said.

That mentality wasn’t necessarily at the forefront for Petizian in his rookie season. He recalled an instance when former defenceman Logan Stanley stood up in the dressing room and emphasized the importance of appreciating the time playing in the OHL.

His words certainly hold more weight now – especially after year in which remaining regular season games and playoffs were cancelled and graduating players didn’t have a chance to say goodbye.

“At the start of this season, I caught myself thinking, “Wow, it’s already my third year. My OHL career is more than half-way done,” Petizian said.

“Now, my fourth season is coming up and it’s all happened so fast. My window for making an even bigger impact is closing pretty quickly, but I’ll do my best.”