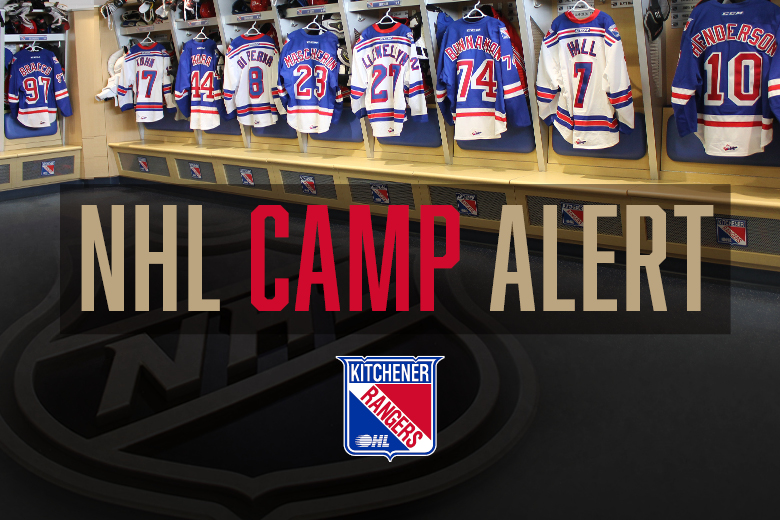 Many NHL camps got underway on Wednesday, and a strong contingent will be joining teams across the National Hockey League representing the Kitchener Rangers.

A total of nine current Rangers will be attending various team’s camps, including:

Goaltender Luke Opilka would also have been eligible to attend camp with the St. Louis Blues, but is recovering from injury.