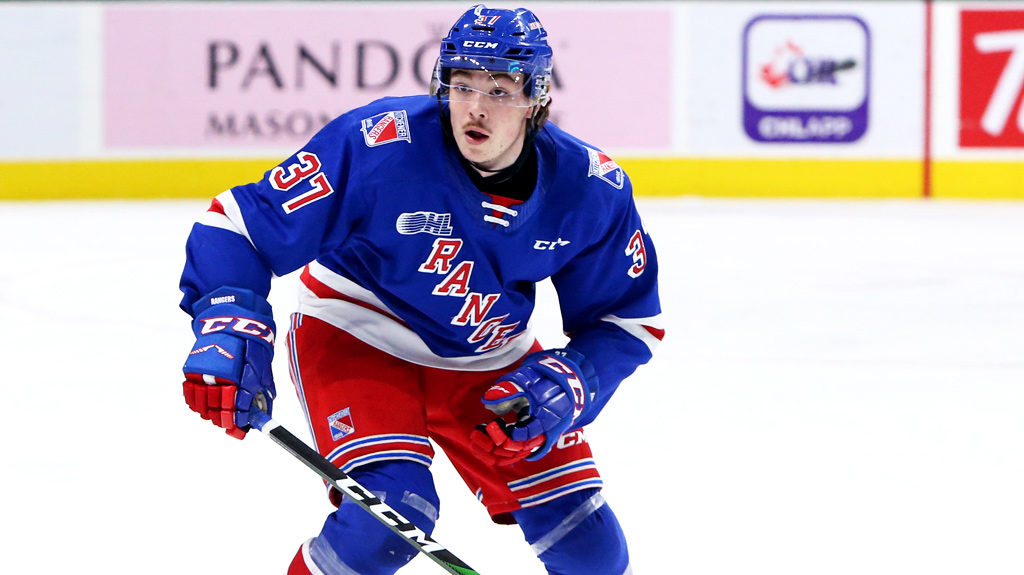 Rangers defenceman Donovan Sebrango can’t wait to have his NHL dream come true – despite it likely happening in a way he never envisioned.

“As a kid, I dreamed about walking up on stage and being on TV but, at this point, just getting drafted to the NHL is the most important thing,” said the second-year OHLer as he, and fellow draft-eligible teammates Ville Ottavainen, Reid Valade, and Declan McDonnell, awaited word on when and how their names might be called by an NHL team.

“I would be fine getting drafted with the first or the last pick. Either way, it’s just a number to me. My main focus is what I’m able to do after I’m selected,” Sebrango said, adding more perspective of where his current mindset is at with all the uncertainty.

“I’ve been wanting to go to the NHL since I was five years old and my family’s always been willing to do what they can to help me. I’m just doing everything I can to reach that goal.”

The on-ice results certainly proved that, as he improved his assists and points totals from a year ago. His plus/minus also saw a +20-improvement compared to last season.

He credited the organization’s culture of trusting its younger players for speeding-up his development too.

“From a coaching aspect, everyone’s been great – especially with giving all the first and second-year guys a chance to prove themselves,” Sebrango said, while also crediting Rangers assistant coach (and former NHL defenceman) Dennis Wideman “for everything he’s taught me”.

The results and lessons learned – not to mention the regular visits with NHL scouts at The Aud – has him confident that a team will want to add his combination of offensive skill and physicality to their talent pool.

“I’m kind of at the point where I just want that special day to happen. It couldn’t come any quicker and I can’t wait to see my teammates go through the experience with me,” he said. “Not knowing when it’s going to happen though has been a little stressful, but it’s a process that I don’t mind being a part of.”

Fellow blueliner Ville Ottavainen also remains excited for what’s to come. In between twice-daily workouts back home in Finland, he explained how his father Risto “is always telling me to never give up on reaching my goals.”

Those words carry more weight now more than ever as the Rangers’ rookie import player awaits a decision to be made on the draft. 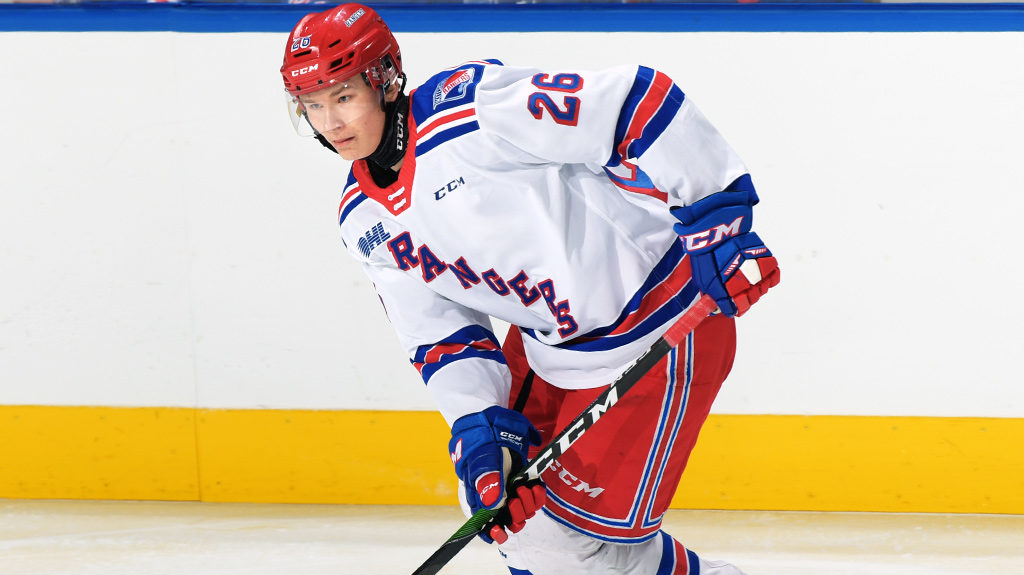 “This past year, I just tried to do the best that I could during games, practice, and in the gym. I’m sure everything else will fall into place,” Ottavainen said.

An extra motivator was seeing his first live NHL game in Toronto with Risto earlier this season.

“The whole experience was like a show. It was so cool. My dad was all smiles the entire time,” Ottavainen recalled.

Since then, he has envisioned himself playing on the ice rather than watching from the stands the next time he’s at an NHL rink.

“The game didn’t seem too fast for me. After a couple more years of improvement, I think I can play there.”

Reid Valade has the same level of confidence in his abilities, but an added boost has been having friends going through the same experience.

“You’re not going through all the pressure alone,” Valade said, as he described the regular conversations the group had about things like the style of questions from scouts, just to be as prepared as much as possible for meetings. 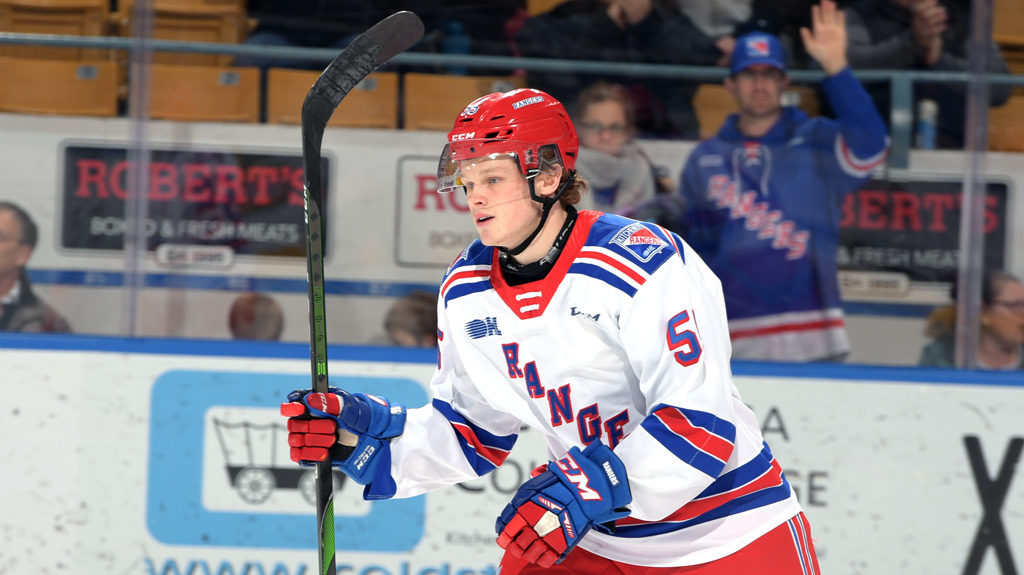 He also credited his minor hockey coaches from his days with the Toronto Marlies, as well as his trainers, for their mentorship.

“They’re all guys that I look up to and have been through kind of the same stuff that I’m going through now, so it’s nice to have them in my corner to talk about things I’m excited or concerned about,” he said.

With not a lot going on in the hockey world at the moment, he admitted that having the draft completed soon would provide some peace of mind.
“The fact that it’s potentially going to be online isn’t a huge deal and I feel most everyone feels the same way. It’s more about just having the draft in general.”

While Declan McDonnell has always thought about taking his game to that next level too, he admitted that he typically doesn’t look too far ahead into the future.

“I just focus on playing in the moment; playing for the Rangers and the city,” McDonnell said, who praised his dad for instilling a simple mindset of “always trying to be the best version of myself, on and off the ice.” 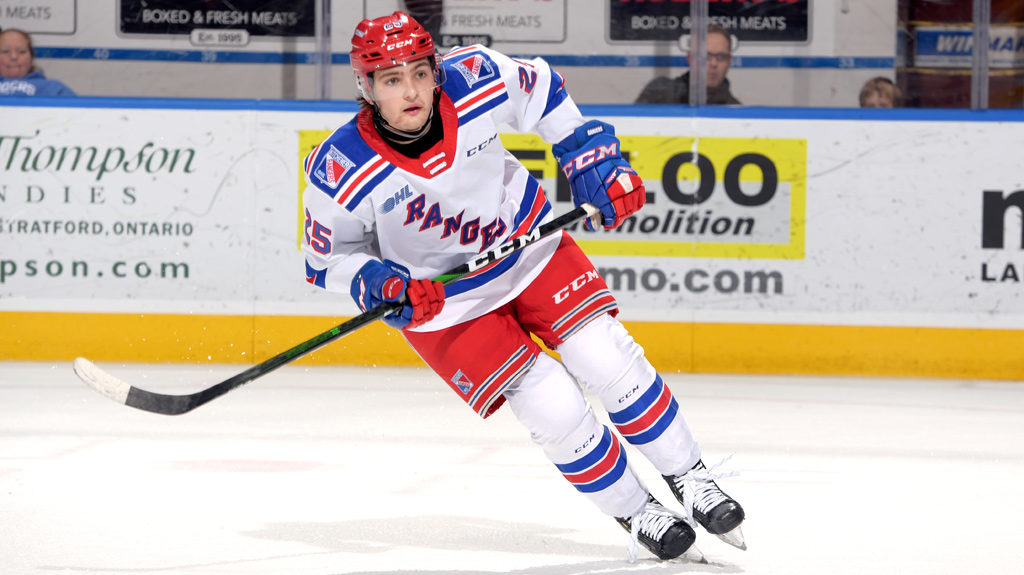 That approach finally paid off in April. After finishing the regular season with the third-most goals and points by an OHL rookie, his name was finally among those listed in the year-end NHL Central Scouting Rankings.

“It felt good to make the final rankings and it was pretty cool, just because of how hard I worked all year,” he said.

“He showed me the ropes and was always there as a motivator or to provide some advice,” said the native of Lake View, NY.

In the end, though, he’s especially grateful for the special bond that will always be shared with Valade, Ottavainen, and Sebrango.

“We all know we’re trying to get to the next level and we’ve pushed each other to achieve that.”