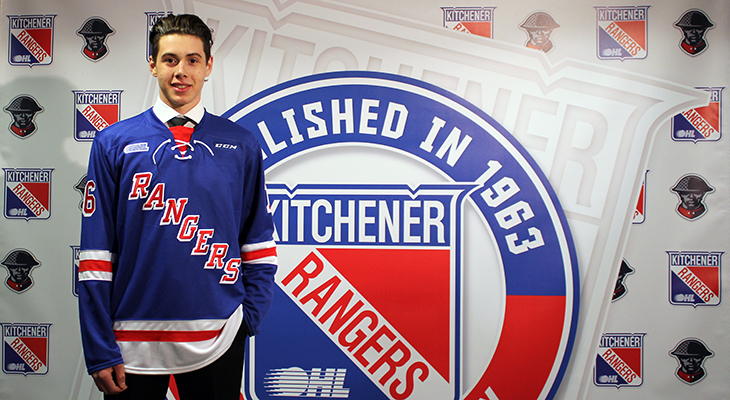 The players were divided into six squads, including Red, White, Blue, Black, Gold and Green.

Defenceman and 2016 first round draft pick Giovanni Vallati will suit up for Team Black, while Riley Damiani and Eric Guest will be teammates on Team Green. Defenceman Merrick Rippon will skate with Team Red.

Players are showcasing themselves for the chance to partake in the 2016 World U-17 Hockey Challenge from October 30 – November 5 in Sault Ste. Marie.

For a full schedule of practices and all games over the course of U-17 Development Camp, click here.

1:17
jesse fishman rangers vision
RANGERS VISION: This or That - Jesse Fishman
10 hours ago