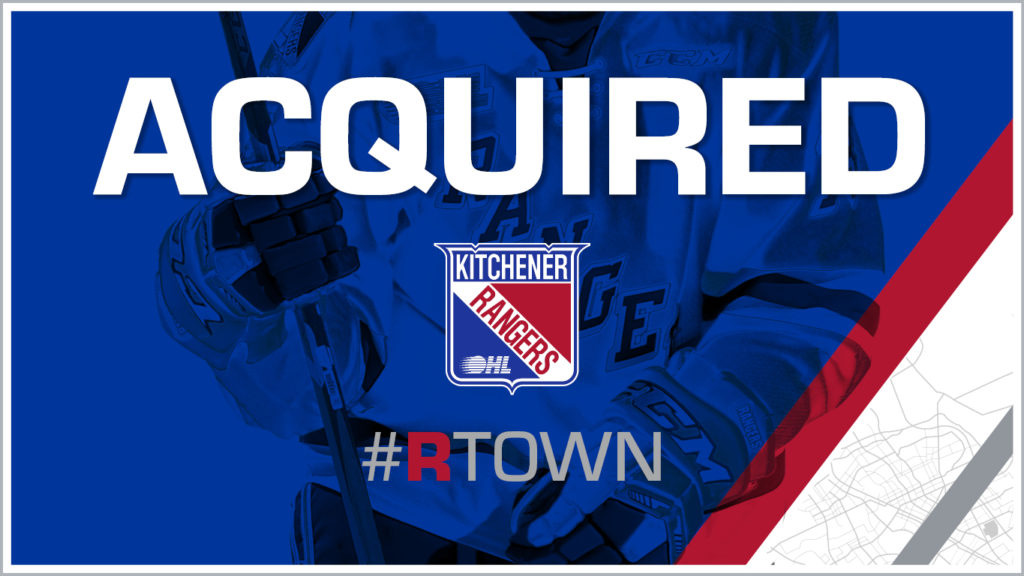 The Kitchener Rangers announced today they have acquired defenceman Justin MacPherson from the Niagara IceDogs.

In exchange, the IceDogs will receive:

The 18-year-old, Richmond Hill, ON native is entering his third Ontario Hockey League season in 2018-19 after being selected by the IceDogs in the 4th round, 73rd overall in the 2016 OHL Priority Selection.

In 120 career regular season and playoff games, MacPherson has registered three goals and 24 assists for 27 points, including 17 assists in 66 regular season games in 2017-18.

He spent his minor midget season as a member of the OMHA’s York Simcoe Express, potting four goals and 27 points in 33 games. His three assists in the OHL Cup played a contributing factor to the Express’ tournament championship, and he was selected as a tournament All-Star.

“We are very happy to add a player of Justin’s quality to our team,” said general manager Mike McKenzie. “His work ethic and talent will make for a great fit here. We’re pleased to welcome Justin and his family to the Rangers.”