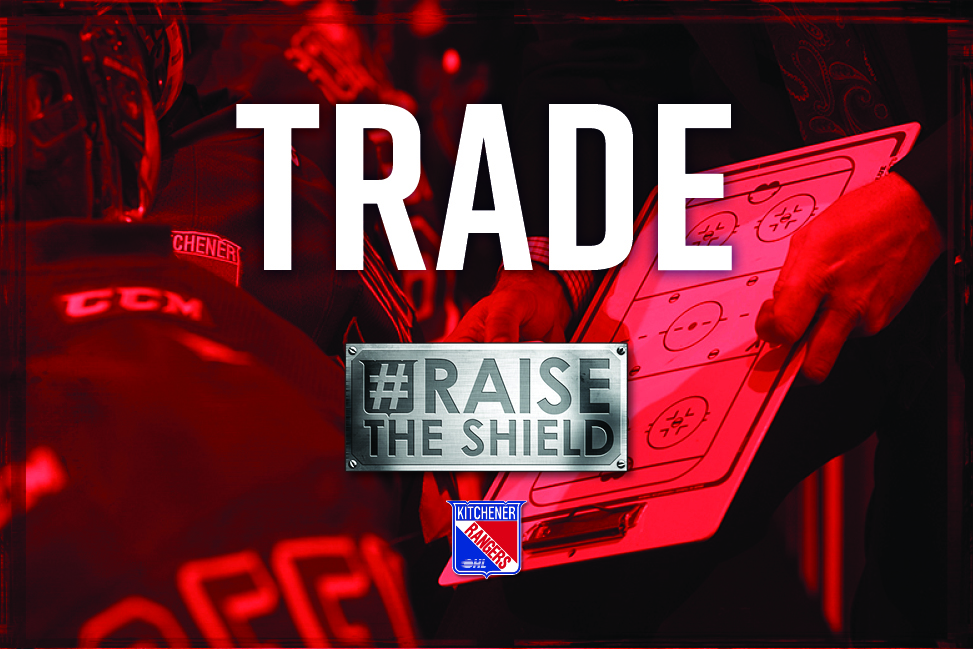 The Kitchener Rangers announced today they have acquired centre Logan Brown and defenceman Austin McEneny from the Windsor Spitfires.

In exchange, the Spitfires will receive:

“It is heartbreaking to see Grayson go and we wish him all the best in Windsor,” said general manager Mike McKenzie. “He is going to develop into a great player in this league and will be missed in Kitchener on and off the ice.”

“But the chance to bring in a pair of quality young men like Logan and Austin was an opportunity that we couldn’t pass up,” he continued. “We are excited to welcome them both to the Kitchener Rangers and think they will each be invaluable additions to our Club.”

Dressing in 177 regular season and playoff games combined over three-plus OHL seasons, the 19-year-old is a more than point-per-game player, tallying 65 goals and 126 assists for 191 points. He claimed a Mastercard Memorial Cup with the Spitfires last season along with McEneny and now-reunited teammate, Logan Stanley, totaling one goal and four assists for five points in four tournament games.

A Waterdown, ON native, McEneny is in his second OHL season after being signed by the Spitfires as a free agent on September 19, 2016. Prior to last season, he was a member of the QMJHL’s Quebec Remparts, registering 11 points in 48 regular season games.

During his tenure with the Spitfires he dressed in 102 regular season and playoff games combined, tallying three goals and 35 assists for 38 points on the back end. In four Memorial Cup games last year he was a steadying presence on the back end, finishing the tournament with a plus-minus rating of +2.

“Logan is an elite center and a first round NHL pick that will fit into our lineup nicely,” said McKenzie. “When he is on his game he can be dominant and gives us some size and skill up the middle of the ice that will help us down the stretch and into the playoffs.

“Austin is a very underrated and smart player. We are excited to add him to our blue line,” McKenzie added. “He moves the puck extremely well and can play in all situations. He gives us some much needed experience and depth at this point in the season.”