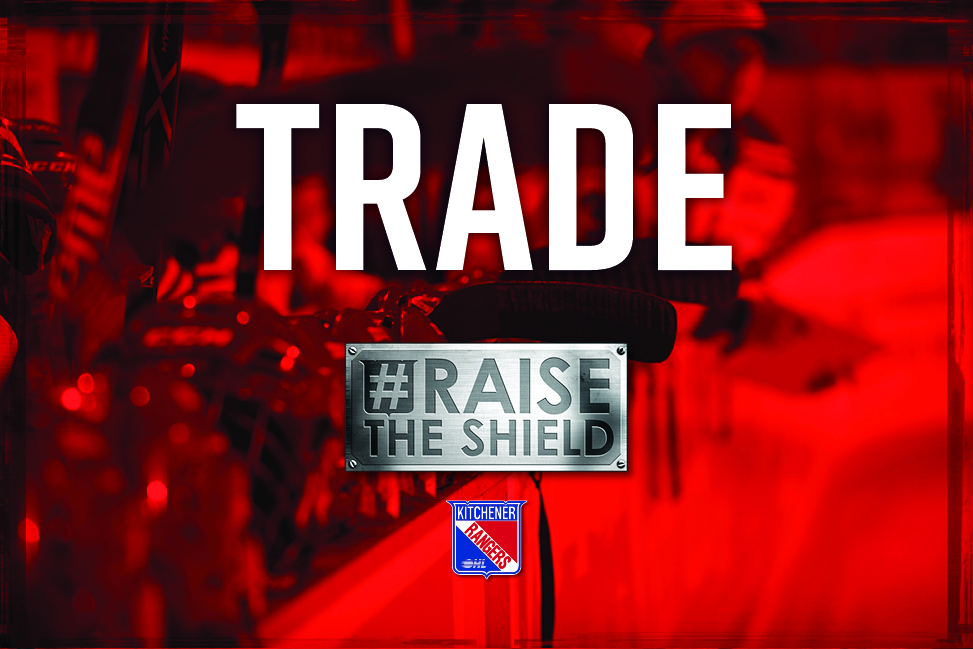 The Kitchener Rangers announced today they have acquired goaltender Mario Culina in a trade with the Sudbury Wolves.

In exchange, the Wolves will receive an 8th round pick (KIT) in the 2019 OHL Priority Selection.

The 20-year-old, Sault Ste. Marie, ON native is in his third Ontario Hockey League season after being signed as a free agent by the Windsor Spitfires on September 3, 2015. A member of the Spitfires for the last two seasons, he compiled a 23-13-2-1 record with the Club, averaging a 2.79 GAA and .904 save percentage. He was a Mastercard Memorial Cup champion last season along now-reunited teammates Logan Stanley, Logan Brown, Austin McEneny and was also a former teammate of Cole Carter during his time in Windsor.

Culina began the season as a member of the Ryerson Rams men’s hockey team (U SPORT) before being signed by the Wolves on November 20, 2017. In ten games this season with Sudbury, he has registered a 2-5-2-0 record with a 3.44 GAA and .903 save percentage.

“We are excited to add Mario to our team,” said general manager Mike McKenzie. “He is a veteran goalie that will help add some stability in the second half of the year. We look forward to seeing Mario play and continue his junior career in Kitchener.”