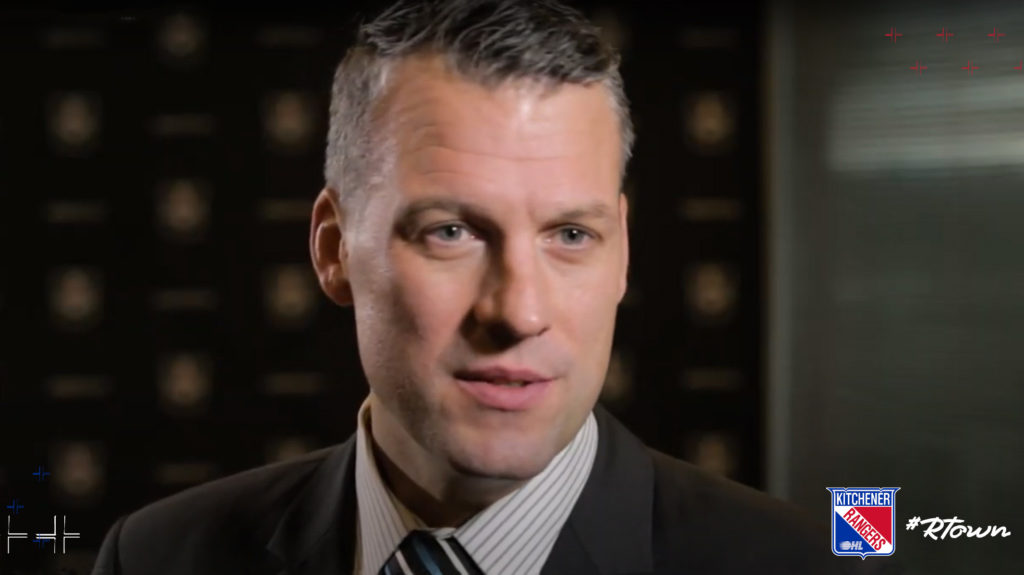 The Kitchener Rangers are proud to announce that Joe Birch has been named the organization’s incoming Chief Operating Officer and Governor.

Birch will officially assume the role of COO and Governor on June 1, 2020, filling the role held by Steve Bienkowski the past 18 seasons. Bienkowski announced his plan to retire this past January.

“I am incredibly grateful for the opportunity to lead one of the most iconic and historic junior hockey franchises in the Canadian Hockey League,” Birch said. “Steve Bienkowski leaves very big shoes to fill and I look forward to tapping into his knowledge and guidance through the transition period.”

The native of Corunna, Ontario, Rangers alumnus, and graduate of Western University has spent 12 years working at the OHL – most recently as the Vice President of Hockey Development; overseeing the growth and expansion of the league’s operations while working closely with each club to help optimize performance, fan growth and engagement.

He previously spent six years as the Senior Director of Hockey Development & Special Events with the OHL; planning and executing unique special events that helped reaffirm the league’s position as the number one development league for the NHL, Canada’s national teams and U Sports.

As the previous Director of Player Recruitment & Education Services for the OHL, Birch led the establishment of its Centrally Administered Scholarship Program.

“As a Kitchener Rangers alumnus, I have a deep passion and understanding for how important the success of the Rangers is within the Region of Waterloo and surrounding communities,” said Birch. “I look forward to joining the Rangers’ great team of players, staff, coaches, board members, families, sponsors and the best fans in the league.”

“His expertise and experience, most recently at a league level with the OHL, will be a tremendous benefit to our organization for many years to come,” McKelvie said.

“As a Rangers alumnus, his familiarity with our team’s culture and strong connection to the community is an added bonus as well.”