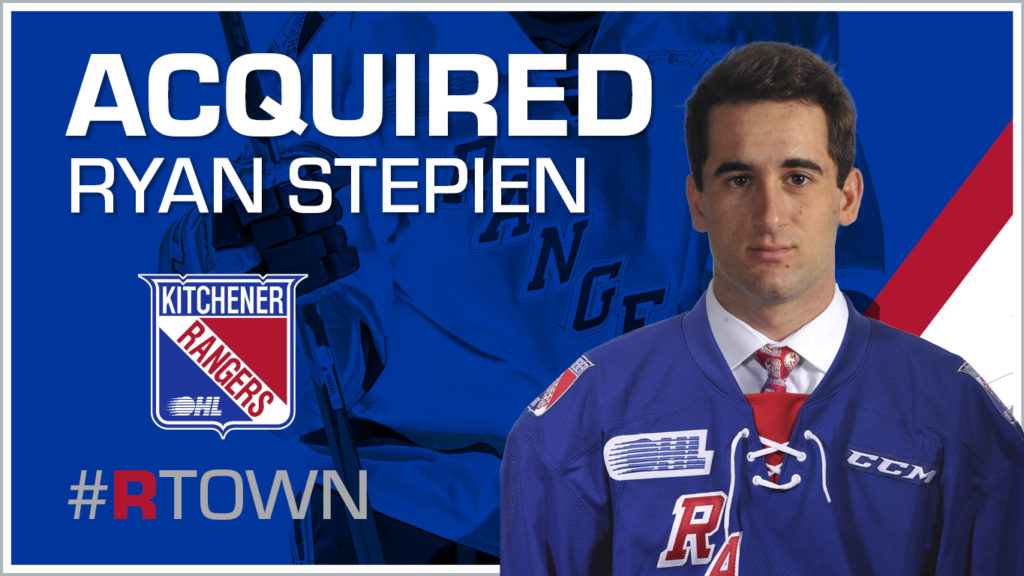 The Kitchener Rangers have acquired forward, Ryan Stepien from the Barrie Colts, in exchange for defenceman, Jack York.

Stepien has spent the 2018-19 season as a member of the Saginaw Spirit before being dealt to the Colts.

The Hamilton, Ontario native, in his second Ontario Hockey League season, was a third-round pick of the Saginaw Spirit in 2017.

“The Rangers wish Jack  all the best with the Colts,” said general manager, Mike McKenzie. “We are looking forward to seeing Ryan in the lineup today and welcome him to the team.”

1:17
jesse fishman rangers vision
RANGERS VISION: This or That - Jesse Fishman
10 hours ago