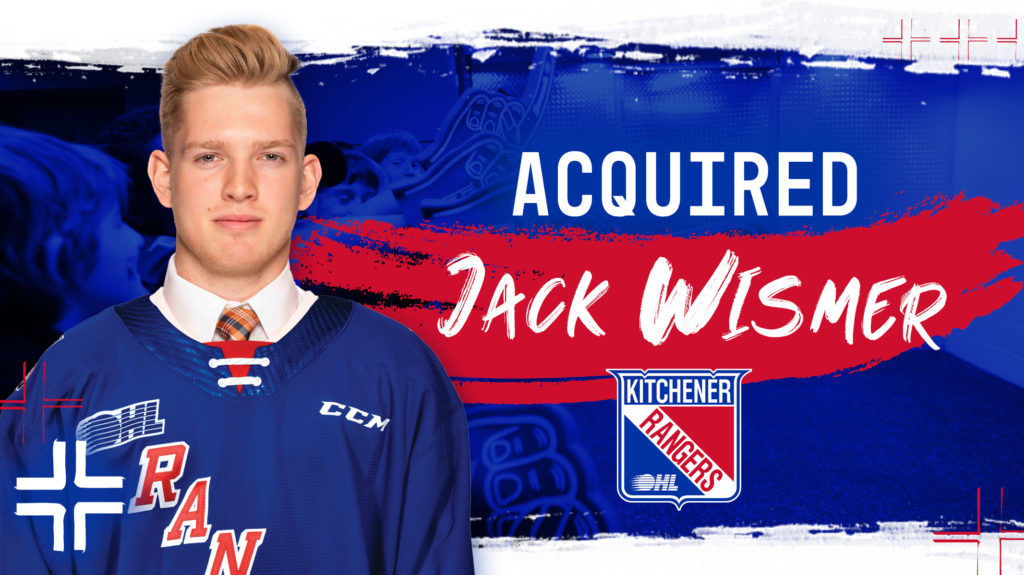 The Kitchener Rangers have acquired forward Jack Wismer from the Flint Firebirds.

“We are excited to welcome Jack to the Rangers. He will be a great addition to our team once the season begins. He has shown the ability to score and produce at the OHL level.

He plays a hard-nosed game and isn’t shy about going to the hard areas of the ice to score goals and create chances. We look forward to seeing him in a Ranger uniform,” Interim Head Coach and General Manager Mike McKenzie said.