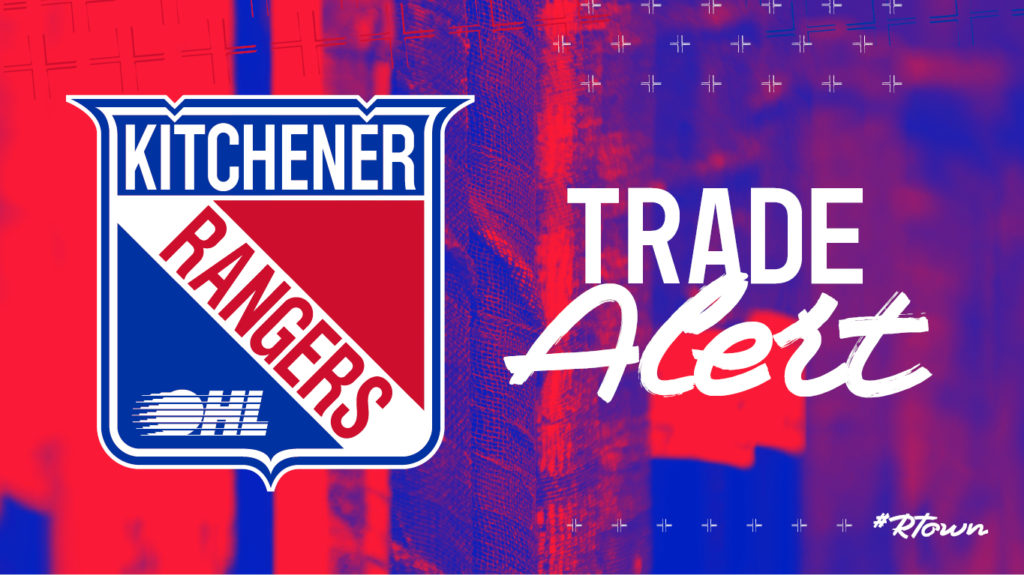 So far this season, the 19 year-old Brantford native has posted three goals and 10 assists in 36 games.

“We are excited to welcome Holden to the Rangers. His skating and puck moving ability will be a welcome addition to our team and a player that can fit nicely with our style of play,” Interim Head Coach and General Manager Mike McKenize said.

“We look forward to seeing Holden in a Ranger uniform.”