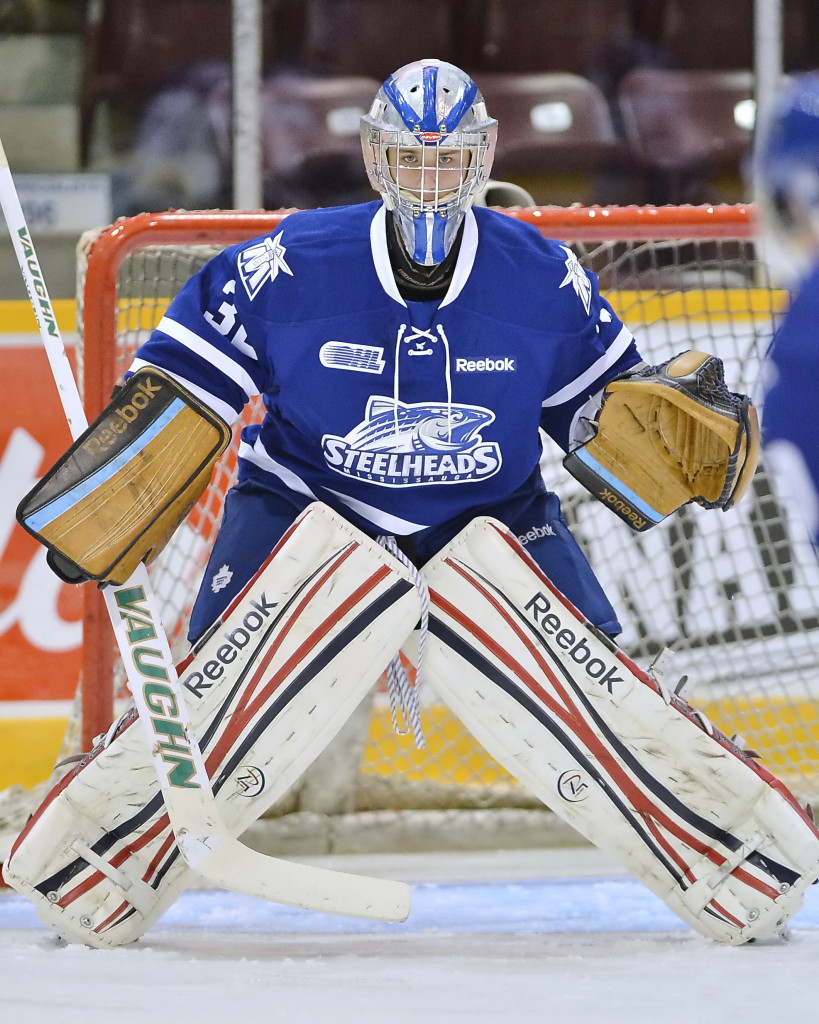 Kitchener Rangers General Manager and Head Coach Steve Spott announced today that the team has completed a trade with the Mississauga Steelheads.

In the deal, the Steelheads send goaltender Tyson Teichmann to Kitchener in exchange for a conditional 12th round pick in the 2015 Ontario Hockey League Priority Selection.

Originally drafted in the first round of the 2009 OHL Priority Selection by the Belleville Bulls, Teichmann spent the 2012-13 season with the Mississauga Steelheads, posting a career best 2.77 goals against average and a .908 save percentage in 28 regular season games.

Teichmann won a silver medal with Team Ontario at the 2010 U17 World Hockey Challenged in Timmins, ON and a gold with the U18 squad at the Memorial of Ivan Hlinka Tournament in 2010.