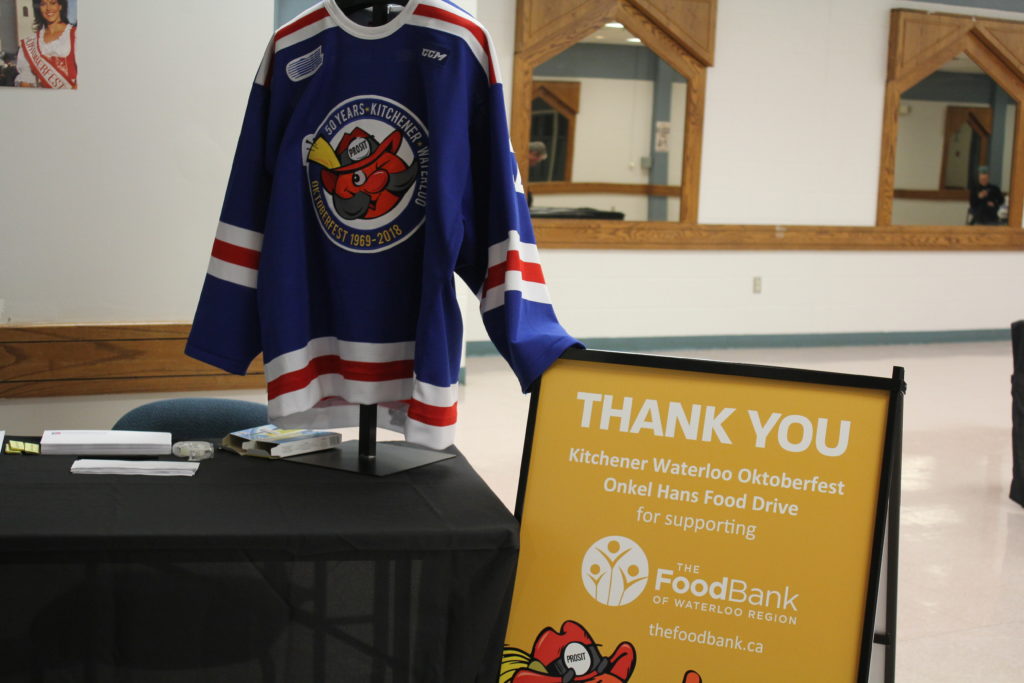 The Kitchener Rangers celebrated 50 years of Kitchener-Waterloo Oktoberfest through a Commemorative Jersey and Auction as well as game day celebrations including a ceremonial puck drop.

The Oktoberfest Game and Commemorative Jersey Auction was held on Friday, October 5th when the Rangers hosted the Saginaw Spirit in a 7:30pm game.

The jersey features a crest detailing the founding date of Kitchener-Waterloo Oktoberfest. In 1969, the civic festival that celebrates our local German Canadian heritage became an annual community event. As well, one of the shoulder patches is the logo that the Kitchener Ranges used the year Oktoberfest began.

Proceeds from the Auction go to Kitchener Waterloo Oktoberfest’s beneficiaries and the Food Bank of Waterloo Region.