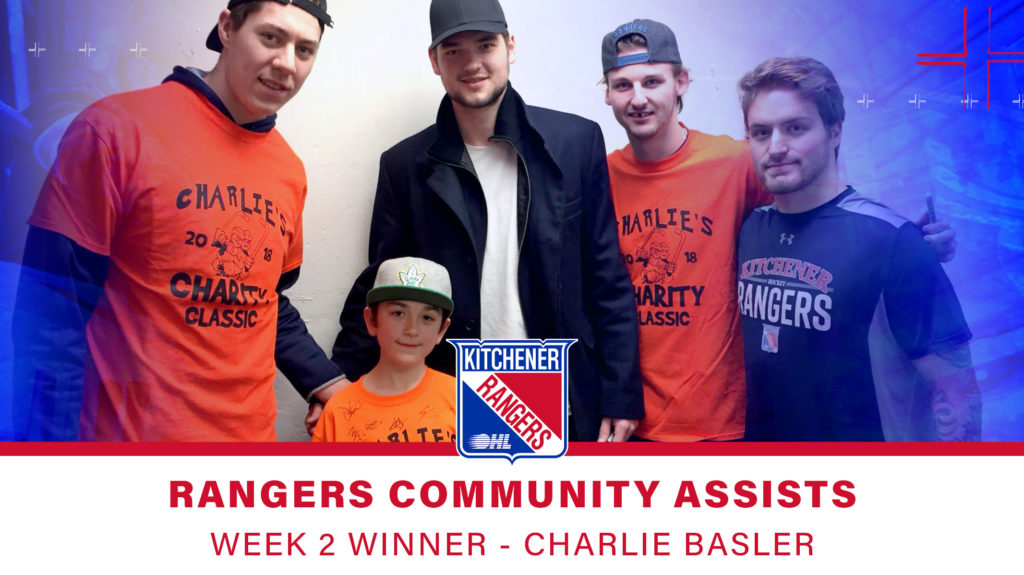 For the last three years, Charlie Basler has hosted a charity hockey game with all his buddies.

Since the pandemic occurred, the “Charlie’s Charity Classic” was delayed, but following all rules and regulations at the time, he managed to find an arena, get shirts made and invite all his friends for his game in Kitchener.

Every year, Charlie asks for donations, and this year was his biggest total yet at over $500. He donated the money to Friends of Hockey.

Friends of Hockey was formed in 2009 to provide assistance to families who could not otherwise place their children in minor hockey. Upon inception of the FOH organization, the National Hockey League Players Association (NHLPA) agreed to fund 25 sets of new equipment each year through its Goals & Dreams program.

FOH is a private organization that is proud to fund all or part of a child’s hockey costs (registration, equipment, etc.) in the strictest of confidence.

Friends of Hockey believes that every child in Woolwich has the right to play hockey, and want to help deserving kids lace-up. For information about how you can donate either funds or equipment to FOH, visit their website.

The Kitchener Rangers would like to thank Charlie for organizing this event for the past 3 years which raised money for such a great cause.

Our community partner Golfplay has given Charlie: one Golfplay experience for 2, including 2 hours of simulator time, a stone oven pizza & nachos. Charlie has also won a prize pack from Rangers Authentics.