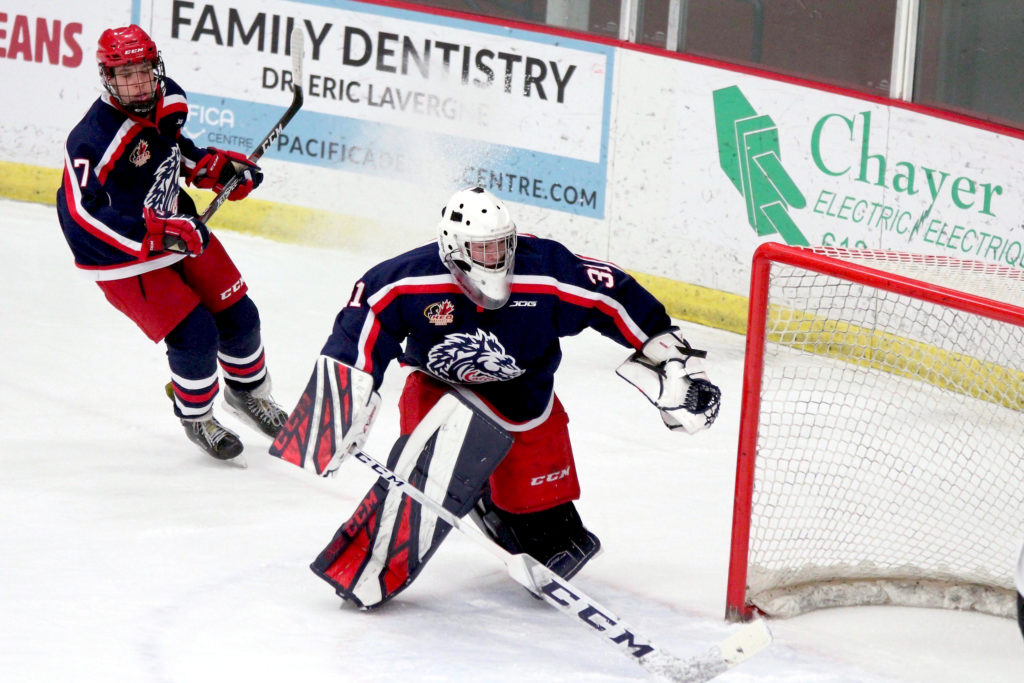 Extended screen time during this period of self-isolation hasn’t been all bad. It’s resulted in productive learning for Rangers’ goaltender Jackson Parsons.

The rookie from Embrun, ON, has already participated in one virtual Hockey Canada camp, with another online-only invite to the national U17 development camp less than two weeks away.

He would have loved to participate in-person at the four-day Program of Excellence goaltending camp this past June but, considering the circumstances, he still felt it was “a great experience.”

“All of the important information was made available to us, and it was really valuable,” Parsons said. “I just looked at the online format as a change. It didn’t necessarily lessen the experience at all.”The itinerary was filled with seminars focusing on goaltender development, mental and physical performance, and creating environments for success.

The lesson that stood out the most for Parsons was the presentation on puck tracking and head trajectory given by Lyle Mast, the founder of Optimum Reaction Sports. According to Mast’s teachings, head trajectory helps establish or improve proper visual attachment on the puck while maintaining the ability to move.

“I started learning about that when I was ten years old, but his talk was eye-opening. It will help everything with my approach to goaltending,” Parsons said. “I learned so much overall, though that I’m sure the U17s virtual camp will be even more beneficial.”

Parsons, who signed an OHL standard player agreement with the organization in early May, will be joined online by fellow Rangers rookies Andrew and Jacob LeBlanc. Defenceman George Fegaras, the team’s fourth-round pick in the 2020 OHL Priority Selection, will also be among the participants.

In total, 12 goaltenders, 37 defencemen, and 64 forwards will participate in a variety of sessions, focusing on player development.

Head Coach and General Manager Mike McKenzie believes the virtual camps are a great way to continue developing young players across the country – not just with the Rangers.

“Every little bit helps, especially with kids at this age, and they learn different things from a lot of people in the hockey world,” McKenzie said.

With teams currently facing a new reality during the COVID-19 pandemic, McKenzie explained how he has even shifted the team’s off-ice activities to digital platforms. For example, player exit meetings were held online along with draft meetings with scouts before the OHL Priority Selection.

By late July, he will begin conducting player calls once a week to go over preparation plans for the upcoming season. Guest speakers will also be in the mix to present various topics to the team and coaching staff.

“It has been a good learning experience for everyone, and it shows that you can still do a lot of things. But I don’t think it’s a full substitute for in-person activities,” he said.
“Even so, I think there are going to be a lot of teams – and we’re one of them – taking advantage of doing things virtually, and we’ll continue to do some of that once everything gets back to normal.”