Rangers fill the net in Game 1 win over Storm 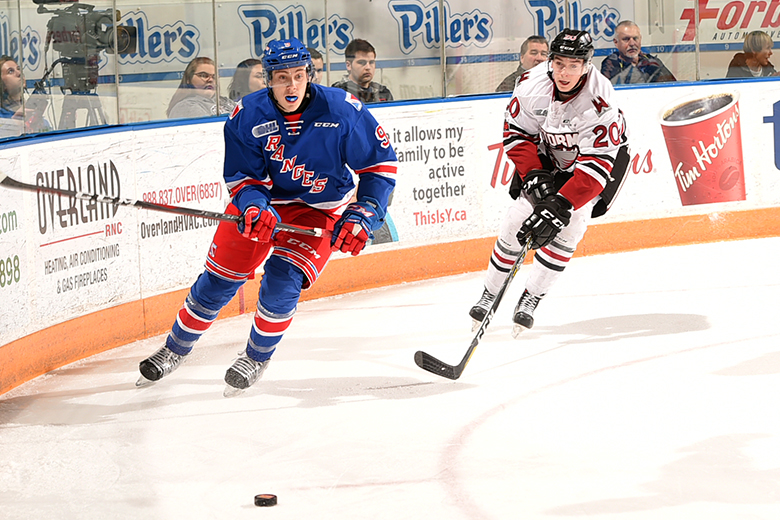 There were some doubts cast the Kitchener Rangers way at the end of the regular season, but their performance in Game 1 should do well to quell any worries their fans may have had.

The Blueshirts exploded with five first period goals and got offensive contributions from a total of seven different scorers as they handed their Highway 7 rivals, the Guelph Storm, a convincing 7-2 defeat in front of 6,492 fans at The Aud.

The Rangers now lead the best-of-seven series, 1-0, with Game 2 slated for Sunday, March 25 at 7pm at The Aud.

Jack York, Adam Mascherin, Greg Meireles, Joseph Garreffa, Riley Damiani, Kole Sherwood and Michael Vukojevic each potted goals in the win, which saw the Blueshirts jump out to the extended lead in the first period, then exchanged goals in the second and third periods with the Storm.

Mascherin and Damiani each tallied a goal and two assists in the win, while Garreffa, York and Logan Stanley each had two-point efforts.

Mario Culina (1-0-0) earned his first playoff win as a member of the Rangers, turning aside 36 of 38 Storm shots.

Anthony Popovich (0-1-0) took the loss, surrendering six goals on 30 Rangers shots before being replaced at the start of the third period by Nico Daws, who surrendered one goal on 13 shots.

York opened the game’s scoring at 8:57 of the first period, assisted by Mascherin and Kyle Gentles, and the flood gates opened from there. Just 2:41 later Mascherin made it 2-0 Kitchener, from York and Garreffa, at 11:38.

1:33 after Mascherin’s goal it was Meireles who followed suit, giving the Rangers a 3-0 edge after a pretty feed from Damiani, with Stanley earning the second assist at 13:11.

The fourth Kitchener goal came just 1:11 later with the Blueshirts on the power play as Garreffa earned his second of the night, from Logan Brown and Stanley, at 14:22.

Damiani closed out the first period explosion of Rangers goals with an unassisted tally at 18:19.

Shots on goal through the first frame favoured the home side, 12-6.

The teams exchanged goals late in the second period, starting with Guelph getting on the board with a marker by Nate Schnarr, from Liam Hawel, at 14:02.

Kitchener restored its five-goal lead with another late period goal, this time at 18:39 as Sherwood made it 6-1, from Mascherin and Givani Smith.

Shots through two periods were 30-24, Kitchener.

Daws entered the game in goal for the Storm to start the third period and it may have given his team some life, as the visitors made it a 6-2 game on the stick of Isaac Ratcliffe, assisted by Ryan Merkley and Schnarr, at 6:10.

The Rangers would respond, however, making it a 7-2 game on a marker by Vukojevic – his second against the Storm in as many games – during 4-on-4 play, assisted by Damiani at 9:46 to round out the game’s scoring.

Final shots on goal after 60 minutes of play were 43-38, Kitchener.

The Rangers were 1-for-1 on the power play, while the Storm were 1-for-4 with the man advantage. 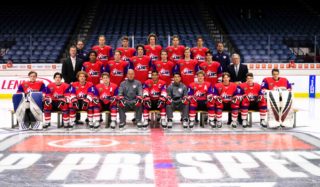 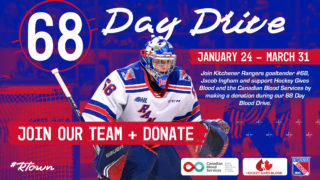 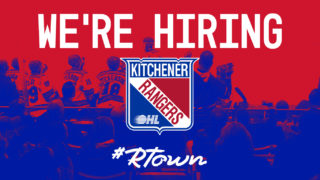 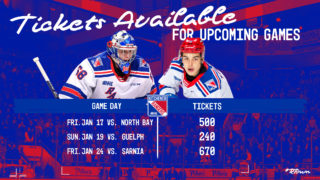