all news community
by
Dan Polischuk 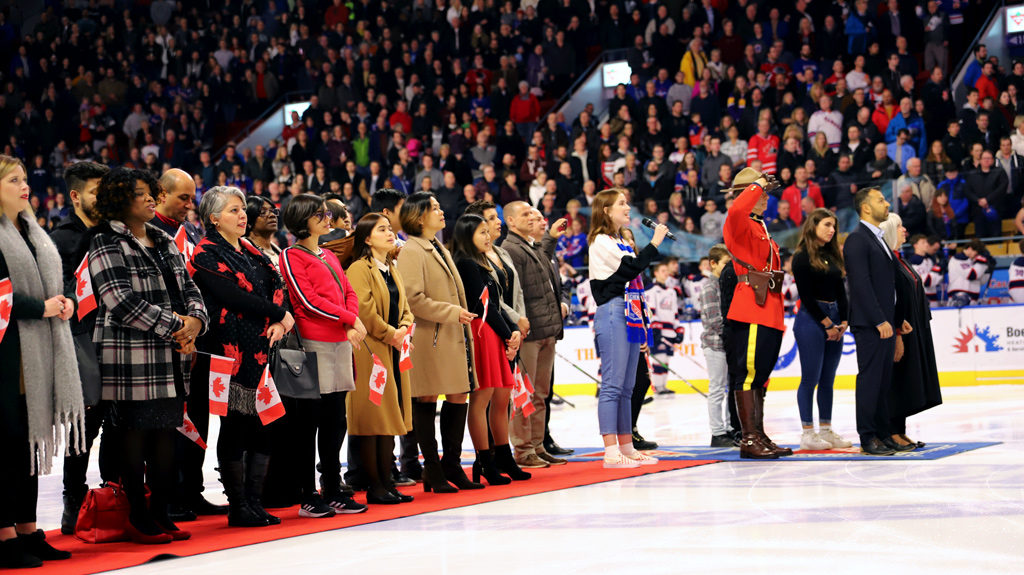 Prior to Friday night’s victory over the Saginaw Spirit, 34 new Canadians were sworn in as citizens by Immigration, Refugees and Citizenship Canada.

Peymaneh Sheienei, who took the Oath of Citizenship with her husband and 13 year-old daughter, emigrated from Iran approximately five years ago.

The family lives in Guelph and have climbed the corporate ladder in their respective places of employment after coming to Canada as skilled workers.

Sheienei was “really proud” of becoming official citizens in the most Canadian way possible – at a hockey game.

“I feel really excited … to become a citizen of a country that has a reputation of advocating for peace,” Sheienei said.

“It’s not comparable with any other country in the world nowadays.”

After the ceremony and a brief social, the group were welcomed onto the ice along with Cara MacLaughlin prior to puck drop to sing the national anthem. 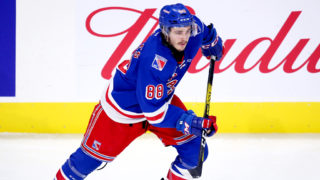