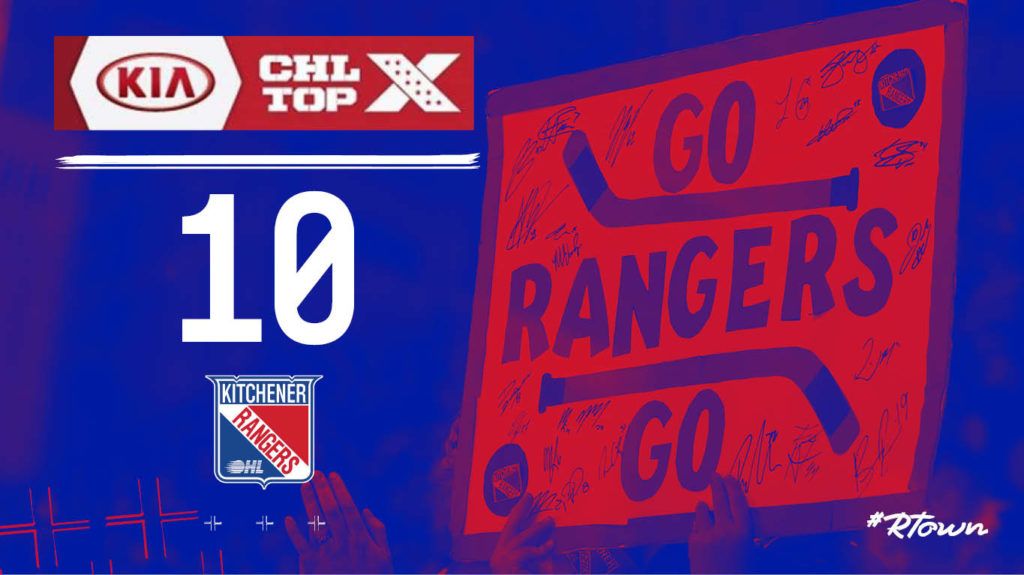 Toronto, ON – The Canadian Hockey League today announced the week 19 edition of the Kia CHL Top-10 Rankings for the 2019-20 season.  The weekly rankings of the CHL’s Top-10 teams are selected by a panel of National Hockey League scouts.

With 23 wins in their last 24 outings, the Ottawa 67’s retain top spot on the national rankings for the fourth straight week. The 67’s have won six in a row with their latest conquests coming against the Niagara IceDogs and Saginaw Spirit on home ice. Ottawa is now 36-7-0-0 with an impressive .837 winning percentage while featuring the league’s top-five players in plus/minus including Marco Rossi, Austen Keating, Noel Hoefenmayer, Jack Quinn and Mitchell Hoelscher. The 67’s visit the Niagara IceDogs on Thursday before taking on the host Hamilton Bulldogs on Friday.

The Windsor Spitfires remain the ninth-ranked team in the CHL, splitting decisions against London and Sarnia last weekend. The Spits feature a good blend of youth and experience with veterans Tyler Angle, Curtis Douglas, Connor Corcoran and Cole Purboo leading the way. Windsor sits one point back of first place Saginaw in the West Division with four games in hand. They prepare for a big Thursday night matchup at home to the Flint Firebirds.

The Kitchener Rangers are 10th in the CHL once again, seeing a four-game winning streak come to an end on Sunday in Mississauga as the Steelheads stormed back for a 5-4 overtime win. The Rangers remain unbeaten in regulation over a 14 game span dating back to December 28th. Overage veteran Liam Hawel is on the league’s longest active point streak, finding the scoresheet in 11 straight games.

The London Knights are winners of six straight and remain an honourable mention in Week 19. 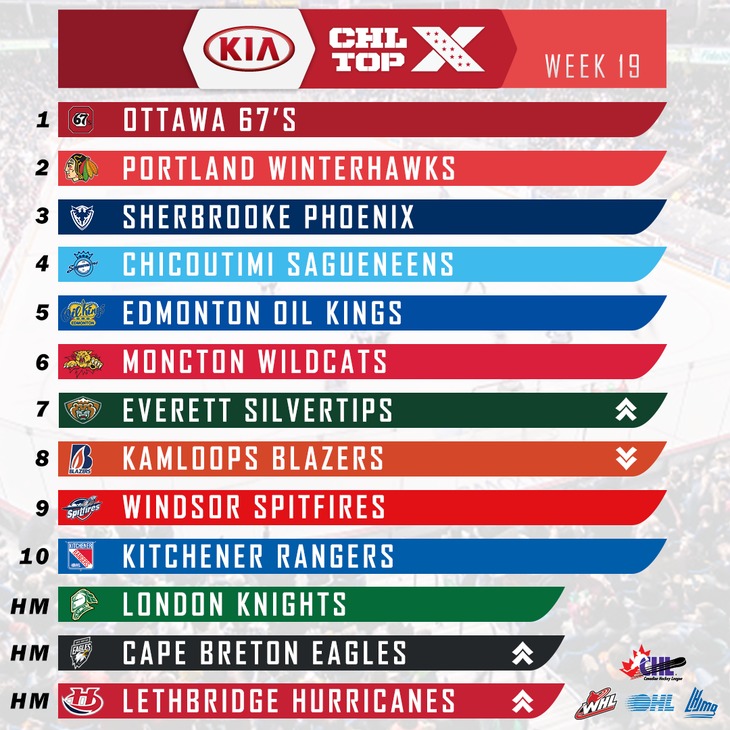