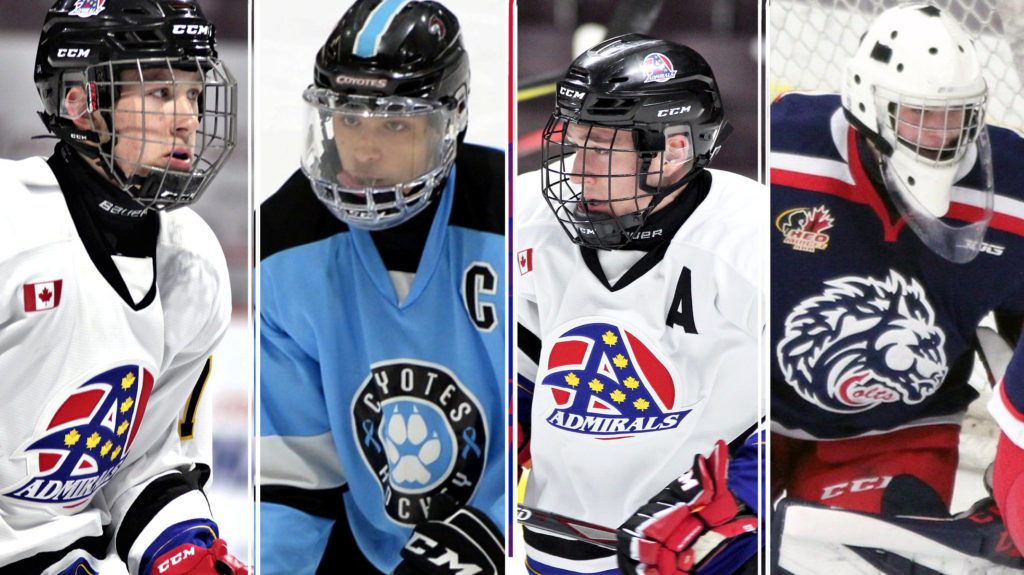 Toronto, Ont. – Hockey Canada has announced a roster of 113 players invited to its virtual national under-17 development camp, set for July 19-25, as well as the coaching staffs that will lead Canada’s national men’s under-17 teams at the 2020 World Under-17 Hockey Challenge, presented by TELUS.

Among the invitees are Rangers forward Andrew LeBlanc, defenceman Jacob LeBlanc, and goaltender Jackson Parsons – all of whom have signed their standard player agreement with the team.

Defenceman George Fegaras, the Rangers’ fourth-round pick in the 2020 OHL Priority Selection, will also be among the participants.

In total, 12 goaltenders, 37 defencemen, and 64 forwards will be split into six teams for the week-long virtual camp, participating in a variety of sessions with a focus on player development through online education.

Additionally, a number of OHL coaches and hockey operations support staff have been assigned roles with Teams Black, Red, and White ahead of the annual showcase. Saginaw Spirit head coach Chris Lazary will lead Team Red behind the bench as head coach. Guelph Storm associate coach Chad Wiseman will serve as an assistant coach with Team White and Flint Firebirds associate coach Ryan Kuwabara will be an assistant with Team Black.

“The national under-17 development camp is the first stage in introducing these athletes to the Program of Excellence, and it is a great opportunity for them to develop as players and learn what it takes to wear the Maple Leaf,” said Scott Salmond, senior vice-president of national teams with Hockey Canada. “Our three under-17 teams are very fortunate to have these nine experienced coaches, and we know our coaching and support staff will embrace the opportunity to guide the development of the top young players in Canada.”