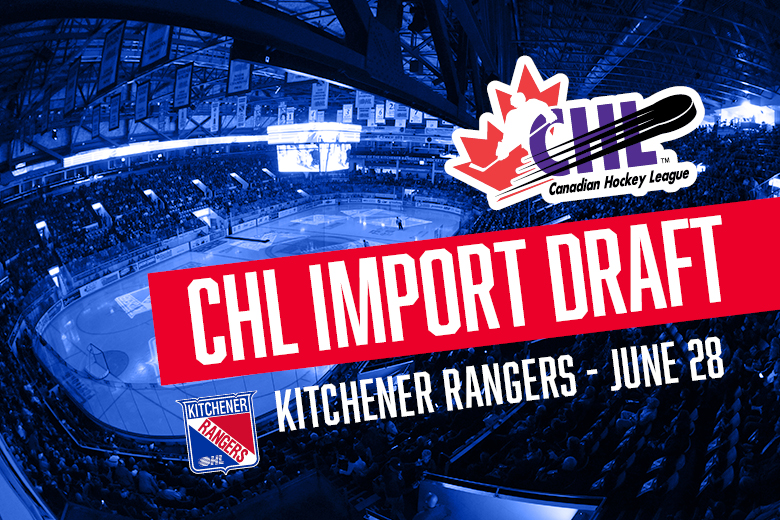 The Kitchener Rangers made two selections in the 2016 CHL Import Draft on Tuesday.

In Round 1 with the 50th overall pick, the Rangers selected German centre Cedric Schiemenz of EC Red Bull Salzburg U-18. It was the 47th selection made on the day, following passes by other CHL member teams.

With their second pick, slotted 110th overall, the Rangers selected Swedish left winger Lias Andersson of HV71 Jr. in Round 2. It was the 75th selection made on the day, following passes by other CHL member teams.

The two-round draft took place online with the order of selection rotating through each of the CHL’s three leagues using an inverse order of final regular season standings within each league from the 2015-16 season. The WHL’s Kootenay Ice held the number one pick, followed by the OHL’s Guelph Storm at number two, and the QMJHL’s Baie-Comeau Drakkar who selected third overall. Each team in the CHL is permitted to dress and play a maximum of two import players each season who are selected annually through the CHL Import Draft.

Last season a total of 78 players were selected from 14 different countries led by 21 players from Russia and consisting of 50 forwards and 28 defencemen.