Rangers open the season with a 6-2 win over Firebirds 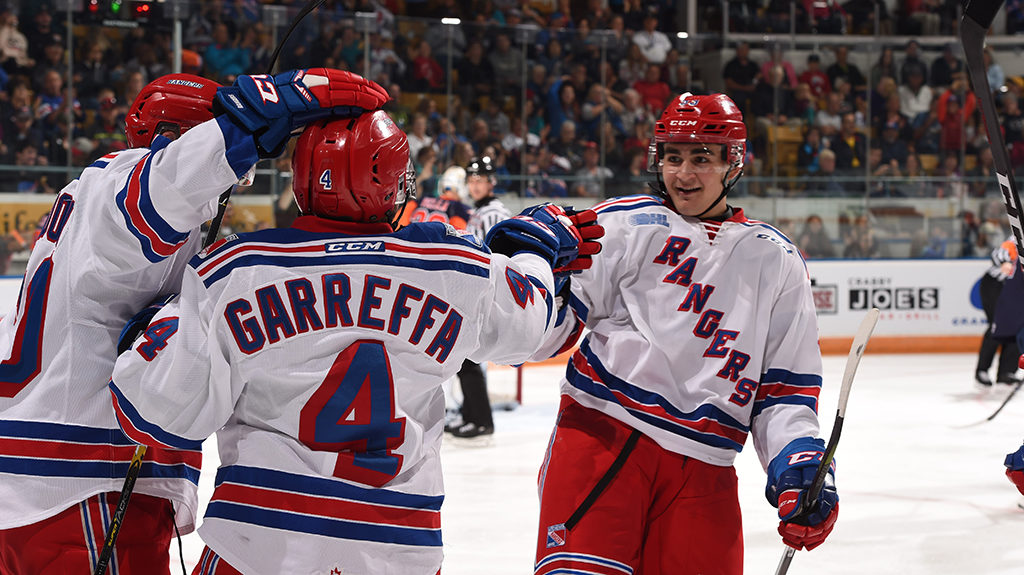 Kitchener, ON: The Rangers opened the season scoring by committee as Joseph Garreffa, Jonathan Yantsis, Eric Guest and Greg Meireles all tallied 3 points each to lead the way offensively, as the Kitchener Rangers opened up the 2018-19 season with a 6-2 victory over the Flint Firebirds.

The season opening crowd of 6,930 witnessed a cautious first period that saw Yantsis open the scoring at the 1:37 mark beating Emanuel Vella to the glove side.

The second period saw the Firebirds enjoy three powerplay opportunities that led to a 16-7 shot advantage. Despite the shot differential, the Rangers outscored the Firebirds 3-1 to take a 4-1 lead after two periods.

Riley Damiani beat Vella with a hard wrist. Garreffa took a cross ice pass from Yantsis and put the Rangers up 3-0. The Firebirds closed the gap to 3-1 on a goal by Hunter Holmes. The Rangers answered back just over a minute later when Meireles finished off a pass from Guest and scored high under the bar.

In the third period Garreffa and Yantsis both scored their 2nd goals of the game and season to give the Rangers a 6-1 lead. The Firebirds closed out the scoring late in the game to make it 6-2. On a goal by Jack Wismer.

Hockey returns to Kitchener on Friday, September 28 versus the Ottawa 67’s at 7:30pm. The game will feature a ceremony in honour of Don Cameron. The iconic former play-by-play radio voice of the Kitchener Rangers was a part of over 4,000 broadcasts and covered the team for 55 years until his passing in 2018.