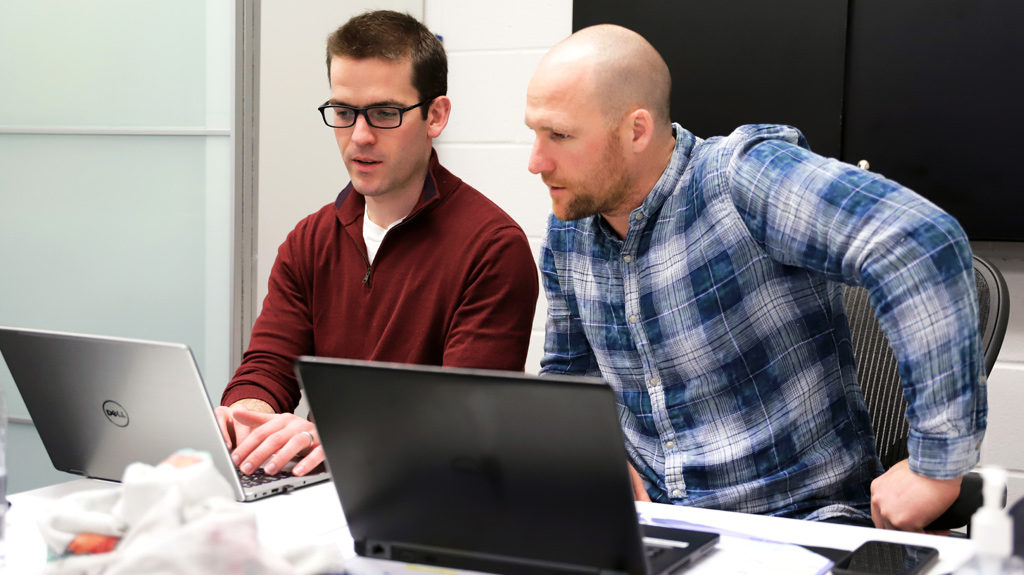 Kitchener, Ontario – The Kitchener Rangers are pleased to announce the promotion of Michael Zsolt to Assistant General Manager, and Alex Robson to Director of Analytics.

Michael joined the Rangers as the team’s Director of Analytics and Stats in 2017. Prior to the 2018-19 season, he took on the added responsibility of Hockey Operations Assistant.

“Mike has been an integral part of our hockey staff for the last handful of seasons and is very deserving of this new title. Mike started off working with our team strictly as our Director of Analytics and has grown and taken on more responsibility each year and now this is an obvious next step for his career and our hockey club. We look forward to seeing him continue to grow in this new role.”

Alex Robson will take on the position of Director of Analytics.

“Alex has been a big part of our analytics team working underneath Mike and this was an easy decision for him to take on a bigger role moving forward.”