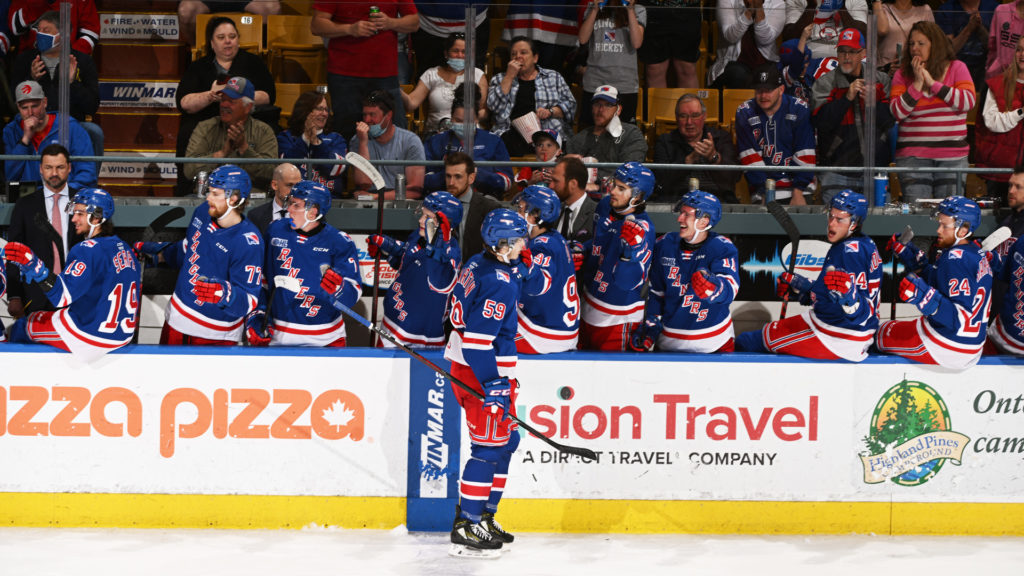 Kitchener, Ont. – A total of seven Kitchener Rangers have been invited to NHL Development Camps after the conclusion of the 2022 NHL Draft.

Francesco Pinelli (Los Angeles) and Roman Schmidt (Tampa Bay), who were selected in the 2021 NHL Draft, will attend their club’s camps. Additionally, after being acquired by the Rangers in a trade on Jan. 6, and then signing a three-year NHL entry-level contract on Mar. 9 with Nashville, Navrin Mutter will attend the Predators’ Development Camp.

Below is a complete list of Kitchener Rangers at 2022 NHL Development Camps:

This is the first time all 32 NHL clubs are holding development camps since the Summer of 2019.

Serps in the Windy City. 🏙️

3:24
Rangers' Bienkowski recognized with the Bill Long Award
16 hours ago