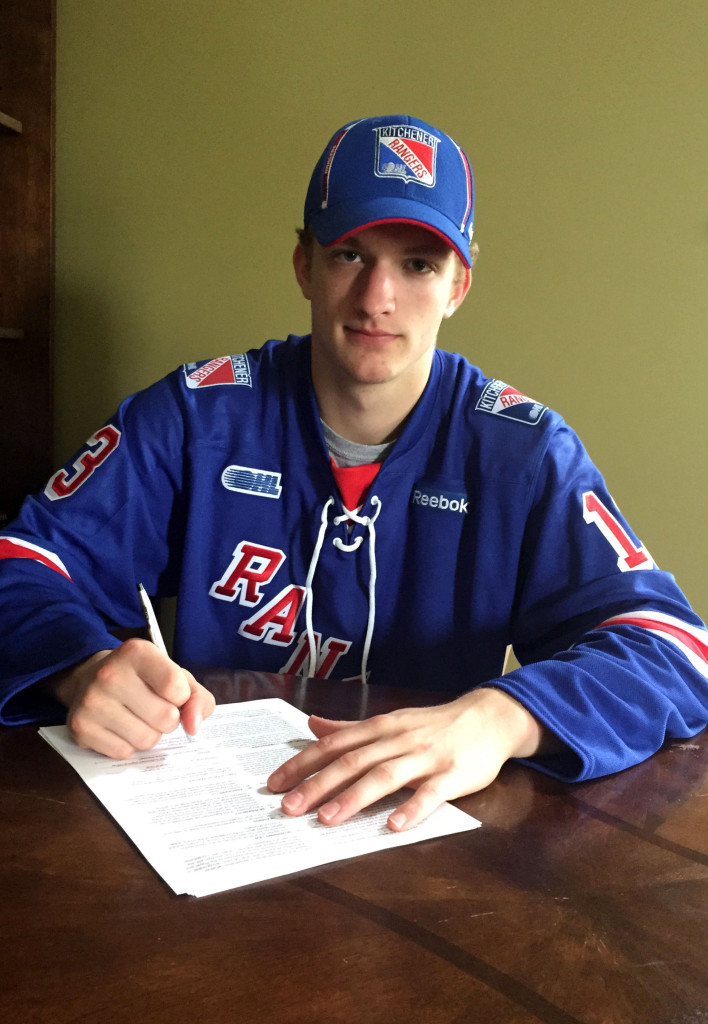 The Kitchener Rangers announced today that they have signed goaltender Luke Opilka to an Ontario Hockey League standard player agreement. Opilka was the team’s sixth round pick (102nd overall) in the 2013 OHL Priority Selection.

The pursuit of having Opilka join the Rangers has been an ongoing process since the club drafted him in 2013, but General Manager Murray Hiebert notes he knew when drafting him that there would be a waiting period involved.

“We stayed in contact with Luke since selecting him, but we wanted to respect the commitment he had made to the National Development Program,” Hiebert stated. “These decisions take time, but ultimately, we’re thrilled that everything has come together. While it was a lengthy wait, it’s one that we feel was well worth it.

“Luke has been a very steady performer for the past two seasons,” the general manager added, “and we look forward to assisting in his development as he works towards his goal of becoming a member of the St. Louis Blues.”

Opilka was drafted by his hometown St. Louis Blues in the fifth round, 146th overall at the 2015 NHL Draft last month.