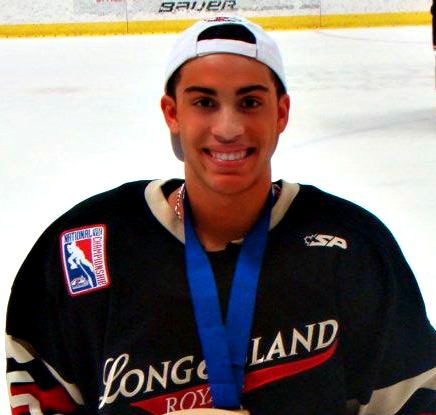 The Rangers’ seventh round pick in the 2011 Ontario Hockey League Priority Selection, Bailey spent the 2011-12 season with the Long Island Royals Midget U-16 National Team, where he recorded 21 goals and 13 assists in 22 regular season games.

Coached by Hockey Hall of Fame Inductee Pat LaFontaine, the Royals won the Under-16 Tier I National Championship in April 2012. Bailey tallied two goals and an assist in the team’s 5-1 victory over the Dallas Stars Elite in the Championship Final.

The Williamsville, N.Y-native will play for the U.S. Under-18 Select Team at the 2012 Memorial of Ivan Hlinka Tournament in August.

“We are pleased that Justin has chosen Kitchener to pursue his dream of playing in the National Hockey League,” said Spott. “He will add immediate size and skill to our lineup.  I believe our track record of development on the ice and the post-secondary opportunities available in our community allowed Justin and his family to be comfortable with their decision.  This truly is the best of both worlds – Justin can play in the best junior league in the world, while pursuing his education at a world class University.”

all news Alumni
Rangers alumnus donates $53,000 to The Food Bank of Waterloo Region
10 mins ago