Rangers skate to a 4-3 victory over the Sting 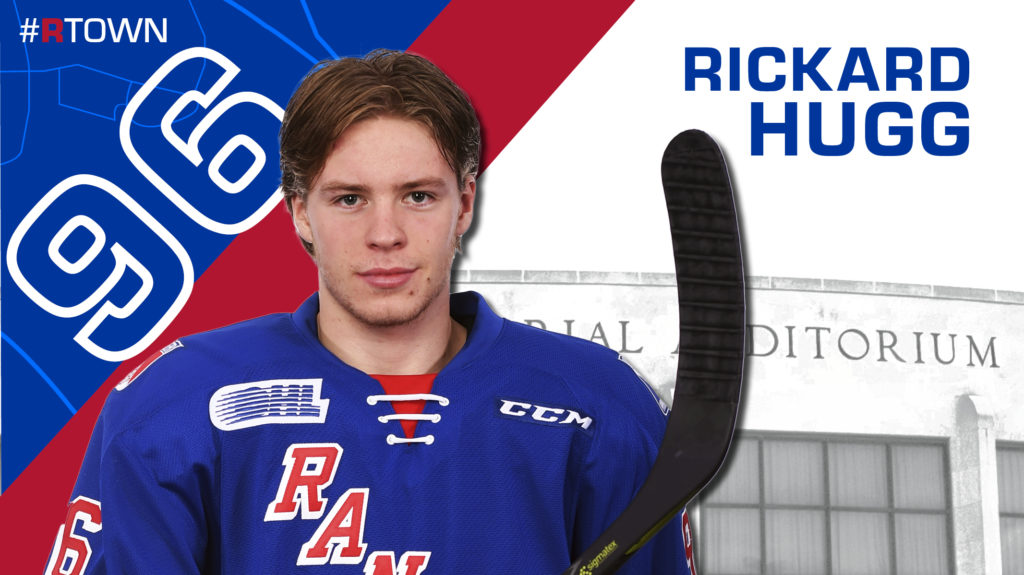 Sarnia, ON: The Kitchener Rangers were quick to bounce back from last night’s loss with a 4-3 win over the Sarnia Sting on Saturday night. Rickard Hugg was granted the first star of the game for his hat-trick performance.

Hugg, opened the scoring with his third of the season just 1:21 into the game with helpers from Riley Damiani and Justin MacPherson.

Both teams got into penalty trouble in the first, but neither could capitalize on the man advantage.

Luke Richardson had a strong first-period performance – turning away seven shots to keep the Rangers up 1-0.

Seconds into the second period at 0:12, Hugo Leufvenius put up Sarnia’s first tally, tying the game at one apiece.

Jacob Perreault followed up by scoring the Sting’s go-ahead goal on a backhand shot at 5:21 making it 2-1.

Hugg responded by scoring his second of the night at 9:37 to even scoring at 2-2.

The Sting were quick to answer with a goal from Ryan McGregor at 11:23.

After a back-and-forth second, Joseph Garreffa opened the third by scoring the game-winning goal at 6:31. Despite being out-shot 9-2 in the third frame, Richardson backstopped the Rangers to a 4-3 victory on the road.

The Rangers return home to Kitchener on Sunday, October 7 to take on the Sudbury Wolves. Puck drops at 4:00pm. The Rangers will be collecting non-perishable food items and fund donations at the doors in support of The Food Bank of Waterloo Region. They travel to Sault Ste. Marie on Friday, October 12 for a 7:00pm puck drop.