Rangers stave off 67’s for Family Day win in Ottawa 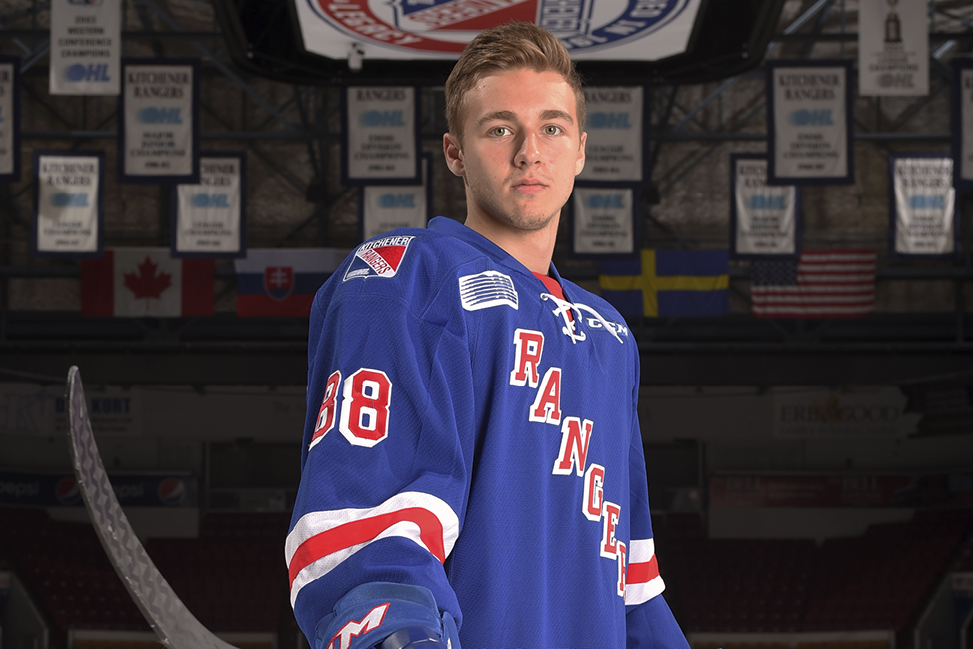 It was a tightly contested affair from start to finish, as the teams skated to a scoreless tie through 20 minutes before the Rangers got on the board first with a one-timer by Adam Mascherin just over five minutes into the middle frame.

The goal was Mascherin’s 36th of the season, as the veteran winger sets a new career high for goals in a season following back-to-back 35-goal campaigns.

With just under five minutes remaining in the second period the game was tied again, as the teams entered the second intermission deadlocked at a goal apiece.

Ottawa native Greg Meireles restored the lead for the Rangers near the midway point of the third, before Kole Sherwood put the Blueshirts up by a pair, 3-1, and seemingly appeared to seal the win for the visitors.

But the 67’s battled back, making it a one goal game with just 27 seconds remaining, then appearing to score in the final second, but the goal was waved off by the official due to time running out.

Rickard Hugg had an impressive afternoon, more than earning the title of the game’s Second Star following a pair of creative, heads-up assists for Kitchener in the win.

Mario Culina (13-7-2-0) picked up lucky win number 13 on the season, as his 34-save performance returned the Rangers to the win column following back-to-back losses.

Olivier Tremblay (20-12-3-2) was also impressive in the showdown, as he would finish with 33 saves on 36 Rangers’ shots for Ottawa, who has now lost two in a row of their own.

The Rangers were 1-for-3 on the power play, while the 67’s were 0-for-2 with the man advantage plus added the shorthanded goal.

The Rangers are back in action when they return to the Memorial Auditorium on Friday, February 23 to play host to the Sudbury Wolves at 7:30pm.