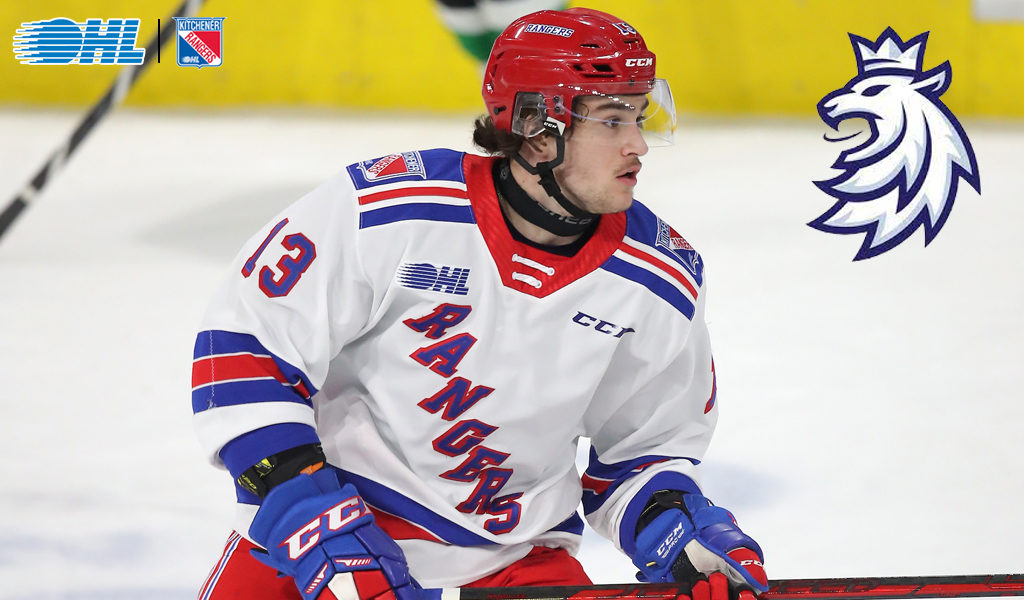 Kitchener Rangers forward Adam Zidlicky has been named to Czechia’s roster for the 2022 Hlinka Gretzky Cup set to begin on Sunday in Red Deer, Alta.

The 17-year-old Zidlicky had six goals, seven assists and 13 points in 62 games during his rookie season after being selected by the Rangers in the sixth round of the 2021 OHL Priority Selection from the North Jersey Avalanche program.

Zidlicky, who is the son of former long-time NHL blueliner Marek Zidlicky, was born in Prague, Czechia before playing much of his youth hockey in the United States.

Czechia begins its tournament schedule on Sunday morning at 12:00pm ET against Finland.