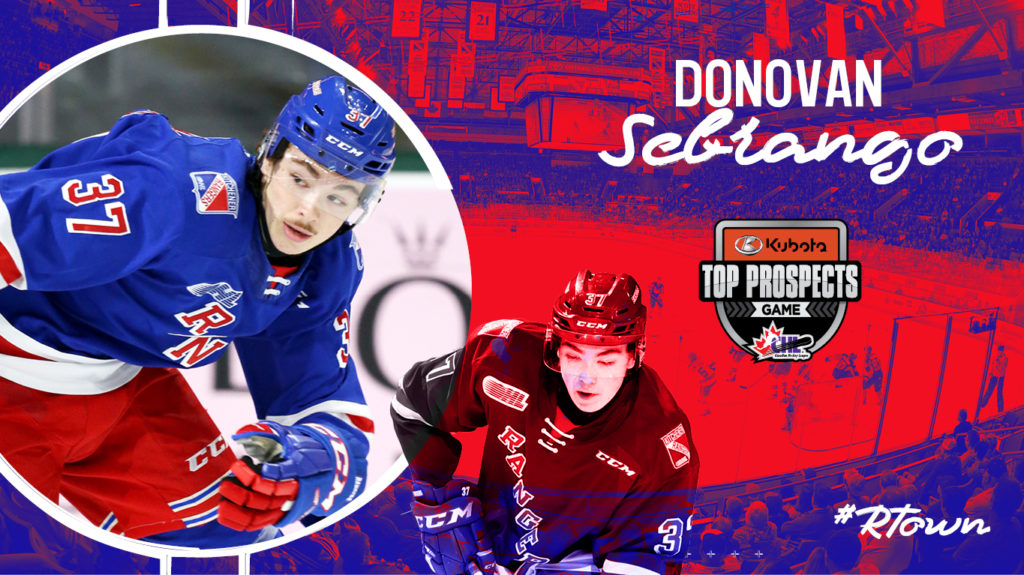 The Canadian Hockey League, in association with National Hockey League Central Scouting, has selected Kitchener Rangers defenceman Donovan Sebrango to be among the 17 OHL players chosen to compete in the 2020 Kubota CHL/NHL Top Prospects Game.

Sebrango currently sits third in scoring among Rangers defenceman with 15 points (two goals, 13 assists) and is coming off a rookie season in which he was named the team’s rookie of the year and top offensive defenceman.

“It’s always nice to see our players get recognition in their draft year. Donovan is a huge part of our team and has a bright future,” said General Manager and Interim Head Coach Mike McKenzie.

“We look forward to seeing him play in the Kubota CHL/NHL Top Prospects game and reach his goals throughout the rest of the season.”

This year’s game will be hosted by the Hamilton Bulldogs on Thursday January 16th, 2020 and will showcase top NHL Draft eligible talent from across the OHL, the Quebec Major Junior Hockey League and the Western Hockey League.

The game will also be broadcast live to a nationwide audience on Sportsnet, TVA Sports, and the NHL Network.