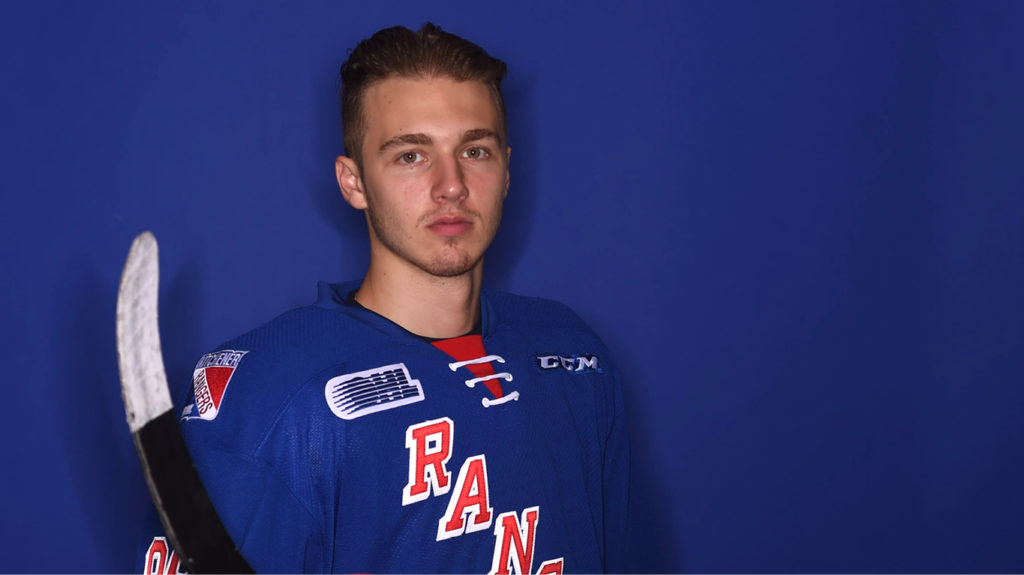 The Saginaw Spirit erased a 3-1 first period deficit with a three-goal middle frame to earn a 5-4, come-from-behind win over the Kitchener Rangers in front of 1,217 fans at The Aud on Saturday night in preseason action.

Greg Meireles tallied a goal and an assist and was named the game’s Second Star in the losing effort, while Eric Guest, Nick McHugh and Jack York registered the other Rangers goals. Riley Damiani, Rickard Hugg, Joseph Garreffa, Donovan Sebrango, Jonathan Yantsis and Reid Valade each added helpers, as the Rangers now sport a 1-1 record in weekend action before they close out the Preseason Showcase vs. the North Bay Battalion tomorrow at 2pm.

In contrast to last night when he shared the net with Luke Richardson, Lucas Pfeil got the start in net for the Rangers and was between the pipes for the game’s entirety; save for being pulled with 1:40 remaining in the third period in favour of an extra attacker. Pfeil made 33 saves on 38 Spirit shots.

Tristan Lennox stopped 22 of 26 shots in goal for Saginaw to earn his first preseason win.

The Spirit (2-0) were led offensively by Aidan Prueter with a pair of goals, and Jake Goldowski and Damien Giroux; each with a goal and an assist. Ryan Stepien scored the other goal for Saginaw, who play their final game of the Showcase tomorrow morning at 11am vs. the Moncton Wildcats.

Tickets are still available for both remaining games of the Preseason Showcase and will be available at the door. Tickets are $5 per game and proceeds go to support the Children’s Wish Foundation.

Prior to the 11am meeting between Saginaw and Moncton, the Rangers will host their annual Fan Fest and Barbecue at 10am at The Aud. During Fan Fest, fans will have the opportunity to meet the Rangers players, enjoy a BBQ lunch and take part in a number of activities including inflatable games and rides. The event will go rain or shine (if rain, Fan Fest will take place at the Kinsmen and Kiwanis pads inside The Aud), and is free for the public to attend. Proceeds from BBQ sales will also go to support Children’s Wish Foundation.

The Sun Life Financial Kids In Gear program will also be accepting donations of new or gently used hockey equipment for youth in need in Waterloo Region.

In the afternoon game on Saturday, the North Bay Battalion erased 3-1 and 4-3 deficits to rally for a 5-4 win over the Moncton Wildcats. For game stats, click here.