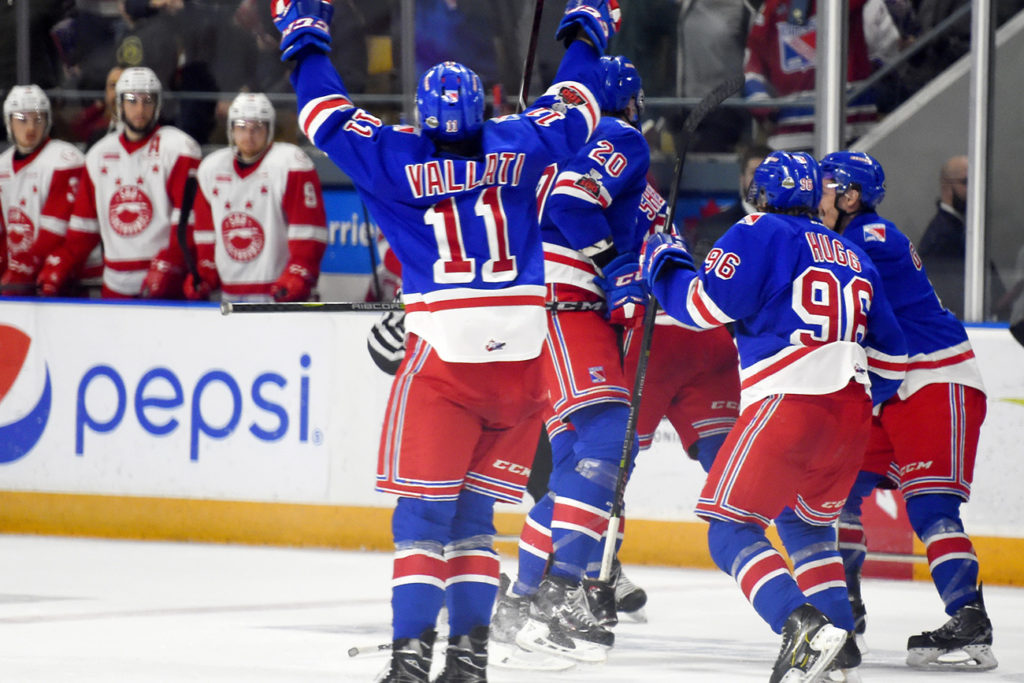 Kole Sherwood scored his 14th goal of the playoffs at 13:12 of overtime to propel the Kitchener Rangers to a 4-3, Game 6 win in front of 6,975 fans at The Aud on Sunday afternoon.

Sherwood’s winner ties the series, 3-3, and forces the best-of-seven Western Conference Final to a deciding Game 7 tomorrow at 7:07pm at the Essar Centre.

The Greyhounds scored the game’s opening goal at 8:21 of the first period, and they maintained that lead until just under five minutes remaining in the second period.

Givani Smith jammed home a loose puck at 15:28 and immediately celebrated, but the play was given a lengthy video review before finally being deemed a good goal, tying the game at 1-1. 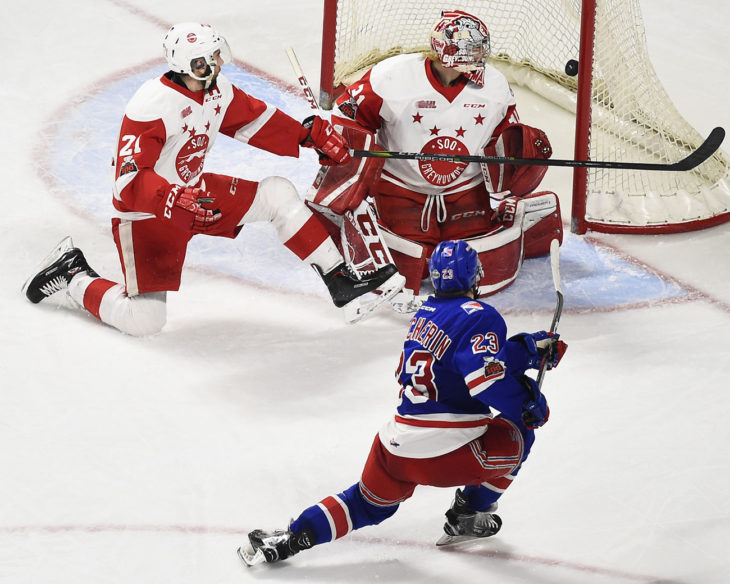 Just over two minutes into the third period the Rangers took their first lead of the game on a goal by Joseph Garreffa, and later added another to take a 3-1 lead as Adam Mascherin notched a power play goal with just over five minutes to play in the game.

But the Greyhounds still had some fight left, and less than a minute later Taylor Raddysh cut the lead to 3-2 at 15:21. With less than two minutes remaining and the visitors on the power play, they would tie the game, 3-3, eventually sending the game to OT.

It was a stellar afternoon for both Smith and Garreffa, who each finished the afternoon with a goal and two helpers.

Mario Culina once again gave the Rangers every opportunity to win, turning aside 45 of 48 shots strewn his way to earn the win. 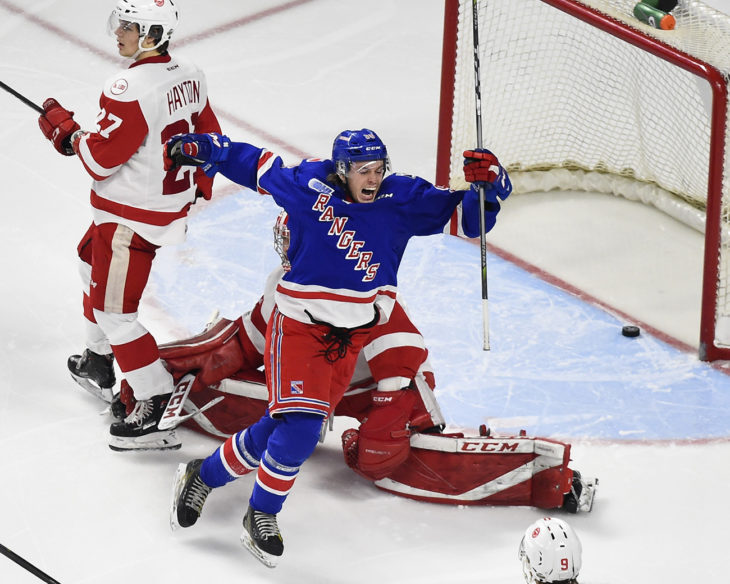 The Rangers went 1-for-4 on the power play, while the Greyhounds were 1-for-7 with the man advantage.

all news community
Tickets are still available to catch the first-place Rangers in action!
11 hours ago

1:17
jesse fishman rangers vision
RANGERS VISION: This or That - Jesse Fishman
3 days ago