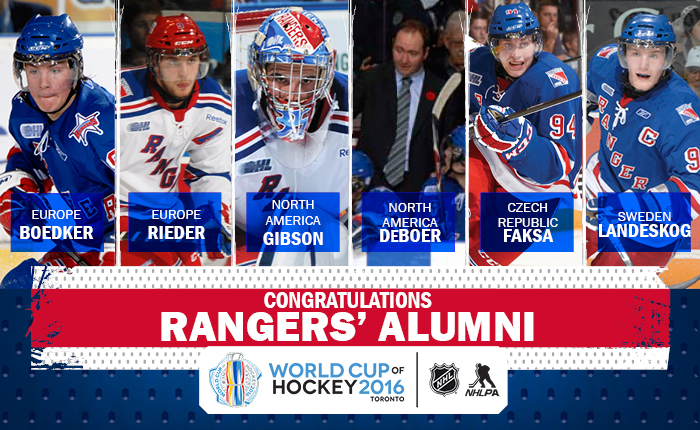 Six former Rangers were named to the final 23-man rosters of their respective teams on Friday for the upcoming World Cup of Hockey 2016.

The tournament begins on September 17, 2016, and takes place at the Air Canada Centre in Toronto, Ontario.

Rangers alumni will be dressing and/or representing four of the eight teams in the tournament, as follows:

(Years as a member of the Rangers are in brackets.)

For a complete list of rosters for the World Cup of Hockey 2016 or for more information on the tournament, click here.