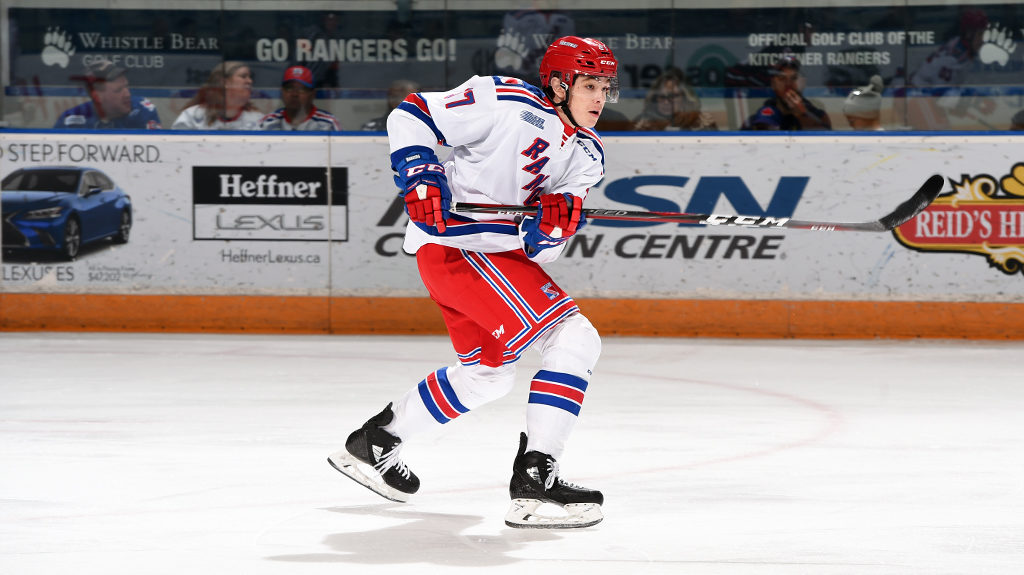 It was game one for Team Canada Black at the World Under 17 Hockey Challenge and there stands defenceman, Donovan Sebrango, on the blueline as part of the starting lineup hearing O Canada play.

“When I first got there it didn’t feel real, then when I stepped on the ice for the first game, I saw my family in the crowd, O’Canada was playing and it all began to feel real,” smiled Donovan. “I definitely teared up.”

Donovan and teammate, Reid Valade, were selected to participate for Team Canada at the tournament that was held in New Brunswick in November. Opportunities like this one don’t come around too often, so Sebrango made sure to cherish every moment.

“It was the best thing I have ever got to experience in my hockey career, even just getting to put the Canadian jersey on was a huge honour for me,” said Sebrango. “I could have watched everyone play and never stepped on the ice and I still would have been as excited.”

Donovan has many memories from the tournament that he will cherish for the rest of his life, but one moment in particular, Donovan jokingly wishes he could forget.

“I fell into the ocean in my suit,” laughed Donovan. “My teammates and I were joking around on the beach and I tripped and fell into the water. I had to get my parents to get my suit dry cleaned before the next game. No one got and pictures or footage of it—thank goodness.”

Donovan’s mother and grandmother have always been a motivation for him to be the best he can be. Whether his grandma was in the stands cheering him on or his mom was in the basement helping Donovan with his shot, they were always there. Donovan’s Mom is reminded of these wonderful memories by a momentous “sparkle” in her eye.

“I can still remember my mom and I would go into the basement and I would shoot tennis balls at her. She would stand there even though it hurt,” said Donovan. “One time I hit her in the eye. She still sees the dot in her eye to this day, but she would still go in the basement with me every day and practice my shot with me.”

That was until Sebrango’s shot got too hard. There probably isn’t a whole lot of that going on anymore in their basement. Instead, Donovan’s mom continues to motivate and teach him through her words, rather than her goaltending skills.

“My mom has always told me to work for everything and don’t take anything for granted,” said Donovan. “Don’t think you deserve it, you have to work for it.”

Being selected to represent Canada was an honour for Donovan, but he feels just as grateful to be a part of the East Ave Blueshirts.

“It has been amazing being a part of this team. All of the guys are my best friends,” Donovan said as he smiled. “I walk in the room every day and I’m excited to see each and every one of them. I am really looking forward to see what’s to come.”