SPOTLIGHT: For Kyle Gentles, friends and family make everything possible 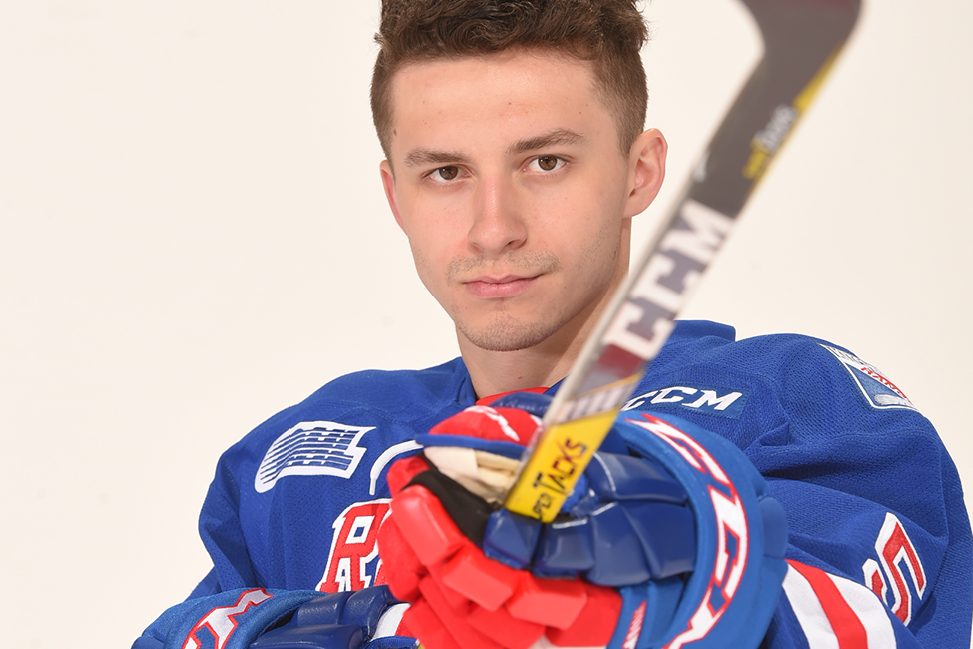 When I asked Kyle Gentles what he’s thankful for this past Thanksgiving Monday, it was a no doubter.

The 19-year-old defenceman from Ajax, ON contributes everything he’s accomplished, and dedicates everything he still sets out to achieve in the future, to his closest support system.

And indeed they’ve supported him, even when Kyle felt like his back was against the wall. They supported him and gave him that extra push even after he went undrafted in the Ontario Hockey League.

Now enthralled in his second major junior campaign in the OHL after signing as a free agent with the Rangers prior to the 2016-17 season, their support hasn’t waned. They continue to give him confidence and serve as a focal point to play for, feeding him with a drive to succeed.

“I play mostly for my parents,” said the defenceman. “They’ve given up lots for me to play, and now that I’ve made it as far as I have, I’d like to be able to pay them back somehow.”

Certainly, his first career OHL goal in his first career game, September 23rd, 2016 in the Rangers’ home opener versus the Flint Firebirds, was a start. The goal gave the Rangers their first lead of the season, and played a part in the Blueshirts starting their season off with a win.

As he continues to look ahead on this his second OHL season, he strives for more. An attempt to give even more back to the family that has given and sacrificed so much for him to do – and succeed at – what he loves so much.

But one thing weighs on the back of his mind in his attempt to make his family proud.

During his rookie season with the Rangers last year, Kyle lost a member of his ever-important support system; his grandfather, Neale.

He left the team for a short time to attend the funeral and be with his family, but chomped at the bit to get back; in part, surely so that playing could serve as a distraction. But also in part, because he knew it’s what his grandfather would have wanted.

“Before my time in the OHL, when I was playing rep hockey, he always came to my games,” he recalled fondly.

“He loved to dance in the stands every time our team scored.”

Unable to attend games at The Aud, Kyle still knew his grandfather’s presence was there. He made sure then to play to the best of his ability, knowing he was somewhere watching.

And he knows he still is.

Now Kyle plays with his grandfather’s memory on the forefront, but doesn’t necessarily do so with a heavy heart. Whether he’s on the ice or off of it, he’s a guy that seldom goes without a wide grin on his face, either celebrating a teammates success or by trying to throw an opponent off his game.

With all that motivation, he looks toward this season with nothing but excitement, and a desire to help the team succeed in any way he can.

“I went to the gym five days a week in the offseason, which helped build my confidence,” he said. “If you can go into a game with confidence, you’re gonna play well.”

“I think the biggest thing I wanna contribute is just playing consistently.

“If that means moving the puck as best I can, then I wanna be moving that puck. If I have to block shots, or make a hit, then that’s what I wanna do for the guys.”

A consummate teammate, he never thinks of himself first. It’s always about helping his fellow Rangers earn a win, or making his family proud.

When it comes to Kyle Gentles, caring about those who care about him is what it’s all about.

The next Kitchener Rangers SPOTLIGHT will feature defenceman and Ottawa, ON native Giovanni Vallati.