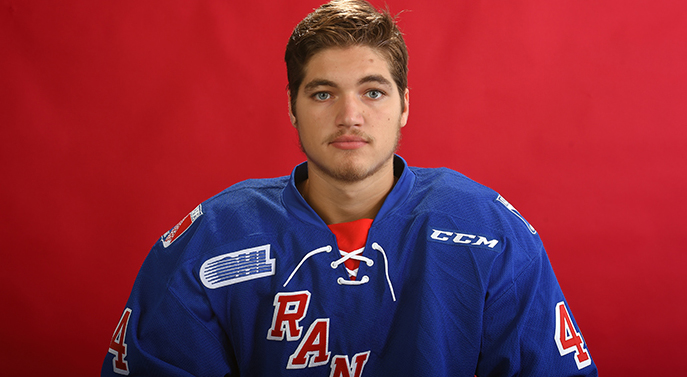 A lot of responsibilities come with being named captain of any team.

But the Kitchener Rangers aren’t just any team.

Just like the year before, the Rangers started the 2016-17 season without anyone wearing the coveted “C”. Choosing a captain is a decision not to be made lightly, as a team that’s existed since 1963 has had some pretty special leaders in its past. Being chosen to represent and guide a team as storied as the Rangers, well, it’s a lot to live up to.

Ryan MacInnis earned the honours for the 2015-16 season, but after graduating to the American League’s Tucson Roadrunners, the ultimate leadership role was once again vacant heading into this year.

Head coach Jay McKee and his staff had a name in mind which they thought would be a more than adequate fit for the role, but there was one problem – this certain player wasn’t actually certain to return.

20-year-old, Cheektowaga, New York native Frank Hora was selected by the Rangers in the 8th round, 150th overall in the 2012 OHL Priority Selection. Coming into his fourth season with the Rangers, he not only understood what was expected of Rangers players on and off the ice, but his kind and approachable nature made it easy for him to bestow those bits of advice upon young players and new teammates.

Sure, Hora has the approachability, but he’s also got a mean, competitive streak. The guy just doesn’t like to lose. 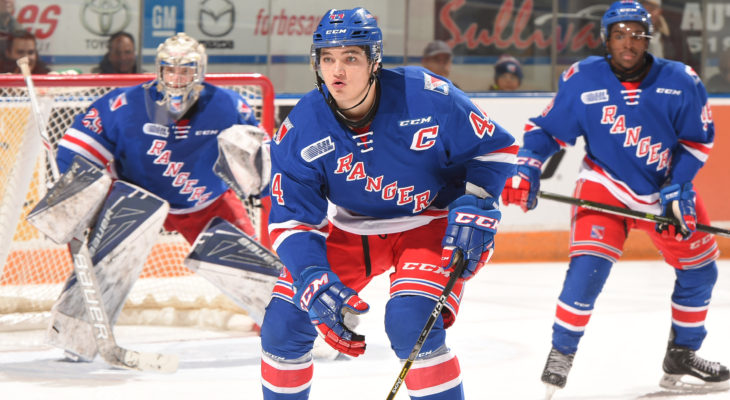 All of these qualities of course make up great captain material, but the question of whether or not Hora would actually return to the team still remained.

His hard work, diligence and dedication in Kitchener caught the attention of the AHL’s Cleveland Monsters, who signed Hora to a 25-game Professional Tryout Offer. In three games played with the squad Hora registered one assist, but ultimately decided to come back to junior where he could get more ice time, and help lead the Kitchener Rangers to a successful season.

Just days following Hora’s return the announcement was made; the New York native was named the club’s 52nd captain in franchise history.

“It’s an amazing honour to be named the captain of the Kitchener Rangers,” said Hora. “This is an incredible franchise, which makes today that much more special.

“I hope to be the type of captain that leads by example and works hard every day, and can make the organization proud.” 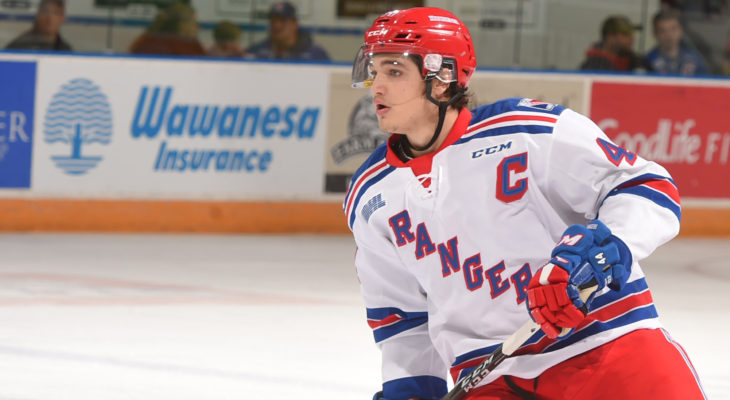 Hora’s experience is evidenced by the fact that he currently sits seventh all-time in regular season games played by a defenceman at 238. If he dresses for all three of the Rangers’ remaining regular season contests, he will finish just a game back of the Top-5 with 241.

Midway through the season, he broke into the Top-25 in assists all-time by a Rangers defenceman, skating into Tuesday’s game in Guelph with 80.

He was also awarded the Herchenrader Family Trophy for Best Defensive Ability at the Rangers’ Awards Ceremony for the past two years. For Jay McKee, once Hora officially returned to the team, the decision to bestow him with the “C” was a no-brainer.

“Frank, in the eyes of his teammates, the staff, and management is the epitome of what it means to be a leader, on and off the ice,” said McKee. “He personifies the culture that is the Kitchener Rangers.”

He knows the ride is coming to an end, but he hopes the knowledge and guidance he was given as a fresh-faced rookie will be a legacy he, in turn, also leaves behind for the returning players.

While he’s still here, he’ll look to lead his team as long and as deep into the playoffs as he can with his ferocity, dedication, and commitment to sacrifice which got him named the captain in the first place. 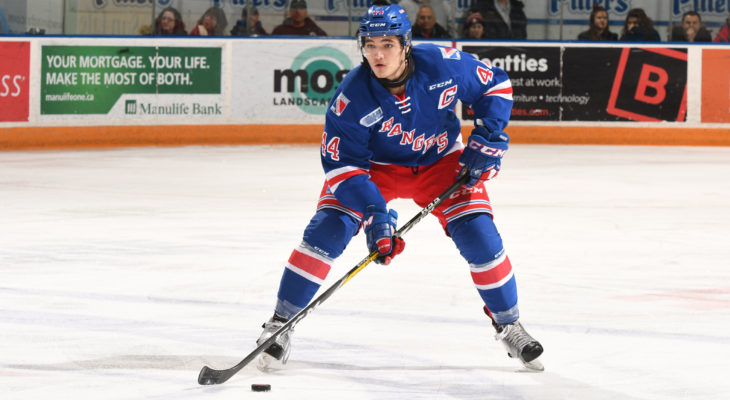