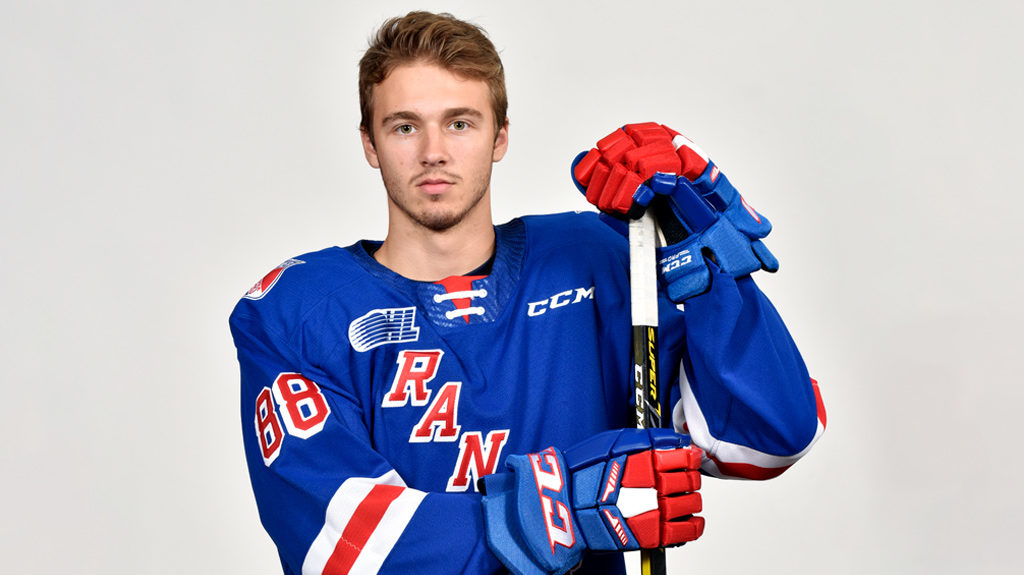 It’s been one milestone after the other for Greg Meireles in 2019. From finishing last season as the Rangers’ co-MVP after leading the team in goals, assists, and points to getting drafted by the Florida Panthers in the June NHL Entry Draft, he’s had some memorable times.

That doesn’t even include passing the 200 career OHL games played and 100 assists mark even more recently.

You can also forgive him for reminiscing a little longer before focusing on a big day coming up on New Years Day – his 21st birthday – after finally having his name called by Panthers management.

“I was pretty nervous going into it and not knowing what would happen,” Meireles said of having to endure the wait of the draft for a third time.

“I was just sitting with my family watching the first couple of rounds on TV. I eventually couldn’t watch anymore so I just went outside to relax on our front porch.”

It was shortly after that when he received congratulatory texts from Jay McKee and Mike McKenzie.

“I was a little confused by that, so I went back inside and I could hear my dad screaming and saying that I was drafted,” he said of being chosen in the sixth round (168th overall). “It was a really cool feeling and good experience for me and my family.”

After two years of not getting his shot at the pros, the Ottawa native admitted that things were “getting pretty tough” – from a frustration standpoint.

“I kept pushing myself and worked hard until it finally happened for me. I was just really happy,” he explained.

He also credited those closest to him for helping him maintain a belief in his abilities over the last couple of years.

“It comes from within but also from the people you surround yourself with,” he said.

In terms of his on-ice results last season, which obviously caught the attention of scouts, he had an offensive output of 36 goals, 61 assists, and 97 points – which was a 67-point improvement from the year before. Meireles attributed his success to increased confidence and responsibility.

“I had the potential but I felt a big difference last season,” he said.

“When I first arrived for training camp last year, I was getting a lot of time on the ice and power play because a lot of players moved on.”

Before those former Rangers graduated though, Meireles was able to absorb some key attributes to help round out his game.

“My second year in the league was a good experience. I learned how guys who are now in the pros prepare for games and handle themselves on a day-to-day basis,” he said of playing with the likes of Givani Smith and Logan Brown.

Those lessons were especially handy as he attended the training camps for both the Florida Panthers and their AHL affiliate in September.

“It was pretty tough to handle. I didn’t really know what was going on the first month of my season. It was fun though and a good experience. I met a lot of new people,” he said.

Despite the whirlwind, he was still impressed by seeing how hard the players work at that level.

“It made me think that I had to work as hard or harder to make it there too.”

Another level of responsibility was added when he came back to Kitchener and was named co-captain of the team with Riley Damiani.

“It’s very special being named a co-captain for this organization. Riley and I get along really well and I feel like we play to each other’s strengths as leaders in the dressing room,” he said of the honour.

It has only made the experience of playing in Kitchener even more special than it’s already been.

“I love everything about the organization. It’s the best in the league.”

1:17
jesse fishman rangers vision
RANGERS VISION: This or That - Jesse Fishman
19 hours ago